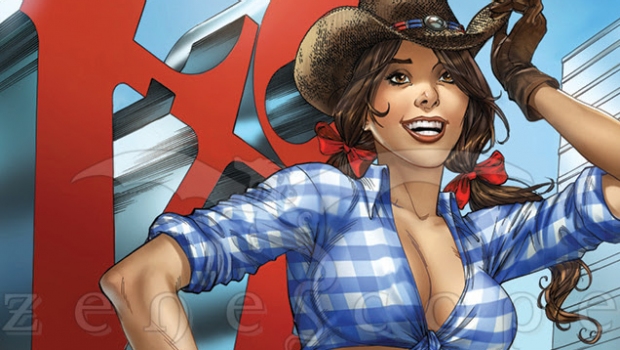 Zenescope Entertainment is a Philly Brand with Philly Roots!!  Zenescope will bring their 2014 AGE OF DARKNESS TOUR back to their home base of Philadelphia, PA at Wizard World Philadelphia from June 19th – 22nd.

Hometown guys, Joe Brusha and Ralph Tedesco, began Zenescope Entertainment in 2005 as a creative outlet to evolve comics and graphic novels into mainstream entertainment.  9 years later and approaching a landmark event with the publishing of Grimm Fairy Tales #100, Joe and Ralph still find they draw inspiration from the same people and places that prompted them to start the business.

With the takeoff of the company and the expansion into children’s publishing with the addition of Silver Dragon Books, Zenescope is excited to meet loyal fans at Wizard World Philadelphia!

A separate booth for imprint Silver Dragon Books is  # 1430.

The company will have several artist signings and panels during the course of the event.  Zenescope promises free comics, exclusives,  giveaways, and coupons at the booth.