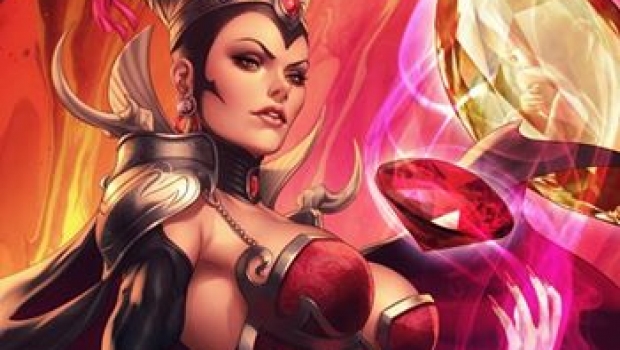 Zenescope Entertainment has announced its plans for C2E2 2014 at the South Building at McCormick Place, Chicago, IL – April 25th-27th.  The company will be exhibiting at booth #727, and will have on hand its newest trade paperback releases, high end art prints, hardcover collections, and exclusive comics.
C2E2 limited edition exclusives are:

All fans who purchase the issue will also have a chance to win Grimm Fairy Tales Helsing #1 Cover F by Mike DeBalfo limited edition art print. Head to booth #727 for details.

Editor-in-Chief Ralph Tedesco will be co-heading a panel “Editors on Editing” along with Sven Larsen (Papercutz) and Dinesh Shamdasani (Valiant), hosted by Buddy Scalera of ComicBookSchool.com on Friday – 12:00PM – 1:30PM. The panel will be about learning how to break into and stay in the comic book industry.

The company will also be holding the Grimm Fairy Tales Animated panel on Saturday April 26th at 5:30-6:30pm
in panel room S402. The panel will be hosted by Zenescope Editor-in-Chief, Ralph Tedesco. The screening will feature the 20 minute Grimm Fairy Tales animated pilot (mature audiences only) as well as behind the scenes footage with actors Lena Headey and Chris Hardwick. Fans who attend will be invited back to Zenescope’s booth for a free signed comic from Ralph.

Ralph Tedesco and Joe Brusha will be signing books at the Zenescope booth (#727) and the company will also be giving away free comics randomly all weekend long.

For more information about the exclusives, signing schedule, or even anything else regarding Zenescope’s plans at C2E2, be sure to check the official Zenescope blog, or follow the updates on the Zenescope Facebook page, or Twitter feed by searching #ZeneC2E22014.