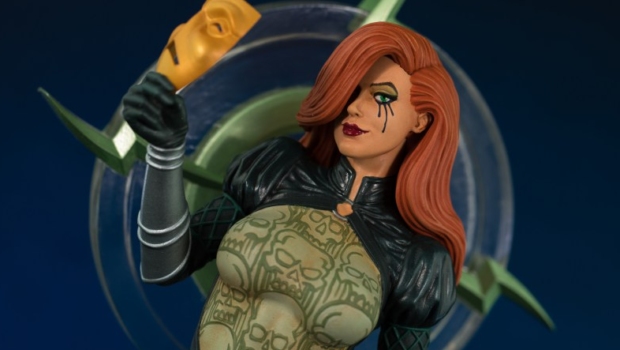 It’s official: Dynamite Entertainment and Joseph Michael Linsner’s DAWN statue Kickstarter is a runaway success! With TWO days to go, the campaign-gearing up toward Dawn’s 30th anniversary-has raised FIVE times its original goal, funding in six hours and crossing both stretch goals by day two. Due to its incredible momentum and hitting these stretch goals, there are now three (adding a costume variant!) versions of this gorgeous statue available, as well as brand-new rewards

The success of this statue reinforces what Dynamite already knew: 30 years after her creation, the Goddess of Rebirth is more beloved than ever, with a devoted fanbase eager to get their hands on exclusive rewards like signed comics, sketchbooks, and prints. In fact, fans were so enthusiastic, the $500-level rewards sold out the very first day! This spurred Joseph Michael Linsner to up the ante, offering two new rewards: a limited-edition Dawn Vampirella gold foil hardcover with an original sketch at the $400 level, and an original 11″ x 17″ art board illustration of Dawn at the $1,000 level.

“We’ve been working with Joe for over 20 years, and our close relationship has led to some great collaborations. He’s a great talent, actually one of the most talented in the industry. Joe’s attention to detail is incredible, and we worked on this statue for nearly a year till he felt it was perfect. I feel blessed to be able to work with him as often as we do,” said Dynamite Entertainment CEO/Publisher Nick Barrucci. “Being able to work closely with Joe to create this statue in advance of Dawn’s 30th anniversary was an exciting idea for me, and we’re thrilled about the results. Our designer, Georg Brewer, continues to impress us with the work he does, and he continues to bring our work to the next level. We have no doubt Dawn fans will agree when they see it for themselves.”

Dynamite’s hand-painted statue measures 12″ tall and is the perfect piece to honor Dawn’s upcoming 30th anniversary. Linsner has worked closely with Rvckvs International and Georg Brewer-the talented artists behind the sensational Women of Dynamite Statue series-and it shows. The final result reveals their incredible attention to detail, from the three tears running from her left eye, to the skulls along her famous curves. Plus: in addition to the standard version, there are now “Black and White” and “Costume” variants to choose from!

There are still fantastic goodies available to fit any budget, starting at just $10, but time’s running out-you have just 2 days to back the Dawn 30th anniversary statue and complete your collection, so don’t delay:

About Dynamite Entertainment:
DYNAMITE was founded in 2004 and is home to several best-selling properties, including The Boys, The Shadow, Vampirella, Warlord of Mars, Bionic Man, Game of Thrones, SEAL Team Six and more! In addition to their critically acclaimed titles and best-selling comics, Dynamite works with some of the highest-profile creators in comics and entertainment, including Kevin Smith, Alex Ross, John Cassaday, Garth Ennis, Jae Lee, Marc Guggenheim, Mike Carey, Jim Krueger, Greg Pak, Brett Matthews, Matt Wagner, and a host of up-and-coming new talent!

About Joseph Michael Linsner:
Joseph Michael Linsner is most well-known for his creation DAWN © & ™, his personal Pin-Up Goddess. Since her debut appearance on the cover of the first CRY FOR DAWN © & ™ in 1989, Dawn struck a chord with thousands of fans on an international level. She is currently published in six languages and has come to life in the form of statues, action figures, t-shirts, lithographs, lunch boxes, and trading cards.

About Rvckvs International:
Rvckvs creates authentic merchandise in close collaboration with brand owners and content creators in gaming, media and entertainment to support brand expansion beyond the screen or page. 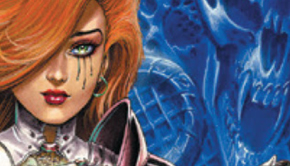 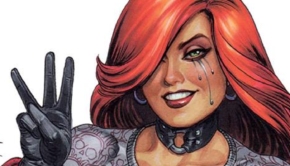