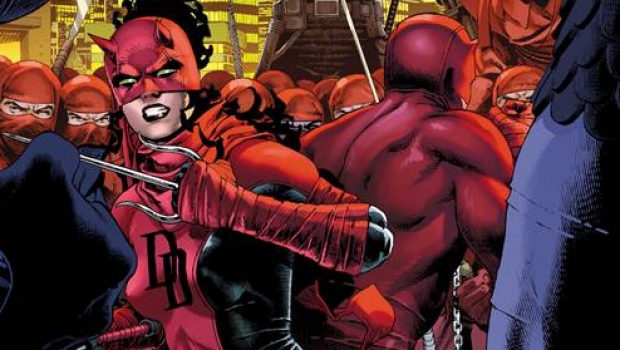 WriterChip Zdarsky and Marco Checchetto Eisner-nominated work on DAREDEVIL is reborn in a brand-new run kicking off on July 13! Taking place in the aftermath of DEVIL’S REIGN, DAREDEVIL #1 will spotlight both Matt Murdock and Elektra Natchios and their vastly different journeys as Daredevil. Their ambitions and bold choices as heroes will transform Hell’s Kitchen and have a major impact on the Marvel Universe at large.

Right now, fans can get a peek at some of what they’ll be up against in new promotional artwork by Paulo Siqueria. The joint pieces tease both Daredevil’s biggest challenges for the next year including confrontations with the Avengers and the Punisher-led Hand as well as further exploration of Luke Cage’s new role as mayor of New York City. In addition, DAREDEVIL #1 will come out the gate with a shocking reveal that ties back to Zdarsky’s earliest stories on the title and brings thrilling new insights to key moments in Daredevil history.

“DAREDEVIL is my magnum opus,” Zdarsky told fans “To get the chance to tell such a long story over years at Marvel with the same primary artist is a gift. Marco and I are over the moon with how readers have supported our book, and we promise you that we’re giving it our all and building to something that we think is really special.”

Siqueira’s promotional artwork will also be featured as variant covers for DAREDEVIL #3 and DAREDEVIL #4. Check them out below and witness Zdarsky and Checchetto’s transformative take on DAREDEVIL when DAREDEVIL #1 hits stands this June 13.

Retailers, don’t forget to order your copies of DAREDEVIL #1 by Monday, June 13!