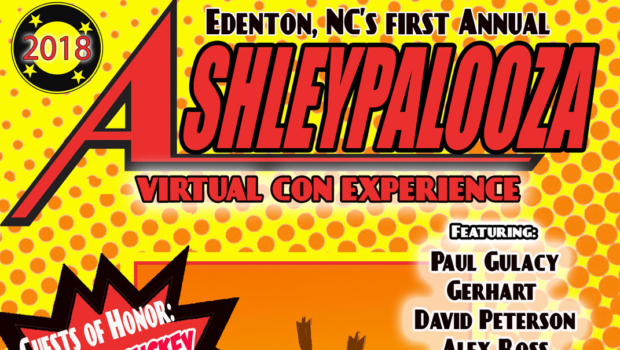 The mission is to create a comic book convention experience for a fellow collector, Mike Ashley, who is homebound (with his wife Mickey) raising their two children that are wheelchair bound and have several physical and mental developmental issues. Mike is unable to attend any Cons and lives in a remote area of North Carolina. We asked many creators to do a sketch personalized to Mike Ashley or for writers an autograph and a brief phone video saying hello and introducing yourself to further personalize the experience. A ton of artists came to the rescue for a “TRUE” comic fan and nicest guy you would ever want to meet. 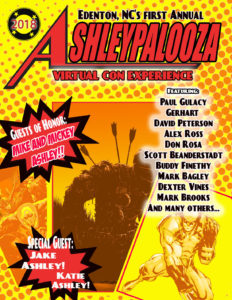 BIO:
Mike Ashley is single-handily one of the most generous, loving and humble people you will have the pleasure of knowing. I meet Mike on the Omnibus collectors Facebook page two years ago where he has one of (if not the best) reputation as being insightful, caring and giving towards his fellow collectors. Mike is a comic books fanatic who also loves KC Chiefs football and WWE wrestling!

Mike was a professional meat cutter for 20 years until he loss several fingers in a workplace accident. After two years of being out of work and recovery, he now works from home with his wife Mickey, sewing bibs and garments for special needs individuals. 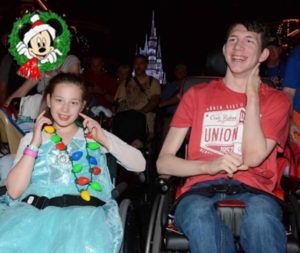 Artists involved include: We want to send a special shout-out to the following creators who took time out of their busy schedules to be guests at Ashleypalooza and show that we take care of our own here in the comic book community…They donated original pages, sketches, art books, signatures, and videos to let Mike know that he is missed at every show!!!