“A Voice in the Dark” Trailer

Zoey was born that way.

Ever since she can remember, Zoey Aarons has felt the urge to kill. For eighteen years she resisted those urges and fought to be someone better than her base instincts would allow. In a moment of weakness and anger, however, she let go and took a life. That hazy Seattle summer day still haunts her, and as she begins college far away from home, she’s afraid that she will kill again.

She’s right to be afraid.

Instead of leaving that fateful day behind her and starting a new life as a college freshman, Zoey’s about to be tested and face temptation in ways far greater than she could ever imagine. The prestigious women’s college that she’s attending on a full academic scholarship is in Cutter’s Circle, California, and Cutter’s Circle has a dirty little secret: it has the highest population of serial killers in the country. The town is up to its proverbial severed head in murderers.

Creator Larime Taylor grew up on the deadpan humor of eighties cult classic Heathers, the quirky absurdism of Edward Scissorhands, and far too many bad slasher flicks. Mixing tongue-in-cheek black comedy with gritty drama and suspense, his resulting creation proudly wears its influences on its sleeve. He writes, draws, tones, and letters the book himself, which is envisioned as an ongoing monthly series of 18 black-and-white pages, densely packed

Tags: A Voice in the Dark, Larime Taylor 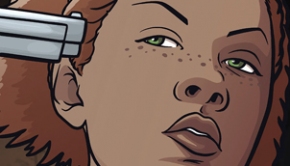 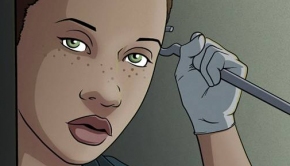 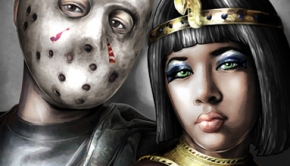