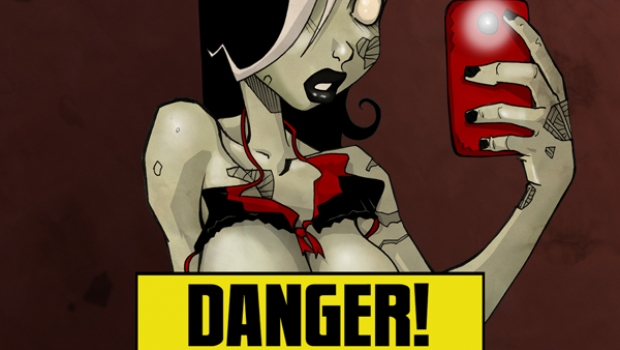 Action Lab provided C4S with info on their April 2014 solicitation​s.

Now that Janey and her mysterious new friend Morning have reached their destination, things get even more volatile as a friend from the past comes to visit our Zombie Tramp. Double-crosses, revenge, and the Necronomicon all collide in the conclusion to The Taint Train of Terror! Alternate “risqué” variant cover also available (limited to 1000 copies).

Take some time for an adventure to a magical world with two cute bunnies… two foul mouthed, drug using, butt-naked bunnies that go on adorably offensive, insultingly hilarious adventures! Your journey into off-color fun begins here, with this mix of Adventure Time and underground comix!

The conclusion to the “Political Science” storyline! Jack McGriskin may be down, but he’s not out. The Black Smile is confident he’s won, and that might just give Jack the edge he needs to bring one of Boston’s most-notorious killers to justice at last! But he’ll need a little help–okay, a lot of help–from his friends!

Jeremy Dale and Action Lab proudly present the third volume of the runaway hit action-fantasy, Skyward! At last… WAR! Herod’s army has reached Three Rivers and its only hope is our small band of heroes… Also: the biggest revelation in the series history! Oh boy, it’s a big one. Continuing the fantastic storybook adventure from Jeremy Dale (G.I. Joe, Marvel Kapow!), following the thrilling tale of Quinn and his dog, Jack— finding a new life amidst the
invasion of his homeland. Collects Skyward #7-9!
96 pages/All Ages/FC $8.99

Offered Again! Teenager Destiny Harper is at a crossroad in her life. Graduation is coming, and she has zero prospects for the future. Answering an ad for “The Night Care Nursery” seems like a great idea, until she is magically transported to Gloomvania, where dark creatures lurk the streets, and the world is being mysteriously overrun by baby vampyres called Vamplets! Can Destiny serve her term as Governess of “The Nightmare Nursery” and return home? Fairy tales get a modern update in this coming of age tales of monsters, mayhem, and magic!
48 pgs./All Ages/FC 15.99

The Legend of the Ghost Pony begins here in this terrifyingly sweet installment from Hasbro designer/illustrator of My Little Pony, Gayle Middleton! Ghost Ponies have been the harbingers of the weird for years. Whenever they appear, creatures near have disappeared, never to return. Where do they come from? What is their terrible secret? And what is the Ghost Pony’s connection to a vampyre baby named Lily Rose Shadowlyn? Find out in this all new
adventure! Variant cover by Gayle Middleton herself (limited to 1000 copies!).