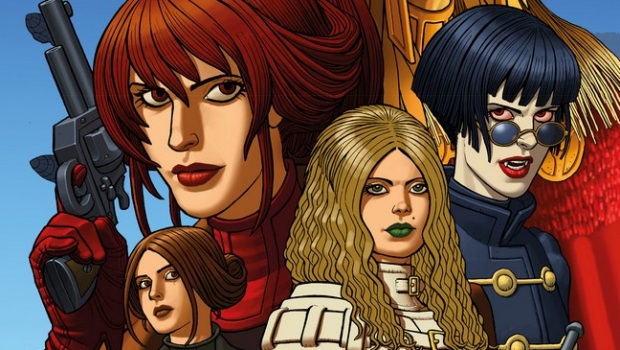 During the ADLER tour, not only a preview is sufficient, nor is a giveawayy….. so let us dive into it!

Some folks say there are no new ideas, but rehashing ideas in a creative way is the way to go perhaps. Even Harry Potter has incredibly many StarWars-related ideas and well.. do not let me get started on the Bible, the Qur‘an, the Vedas, the Torah or Mabinogion, let alone tell you about Santa vs Sinterklaas and that lovely Krampus! wink wink nudge nudge 🙂

Let us start by stating that writer Lavie Tidhar has taken many existing (side)characters and bundled them together, adding several spicy subgenres like steampunk, action-adventure, mystery but also themes like coming-of-age and feminism.

And one of the oddest parts is the fact that despite being called ADLER, it is told through the eyes, ears, heart of Jane Eyre. Alright… go google her then 🙂 and get back to me once you get this classical lit figure fondly in your brains.

The extra FUN part is that basically all the mayor characters are female. Even the baddy herself is a queen from a barbarian (as told by Adler) forgotten land. She was betrayed by Great-Britain in their hunger for imperialism and well… coming back for round 2 as you have guessed by now.

So here we are… an alternate Steampunk-Victorian era in which much is possible yet scify is not up there yet. We have the odd old ladies that are truly not emancipated yet the real heroines are the ones that take care of themselves, due to sheer willpower or awesome inventions.

Visually speaking artist Paul McCaffrey had his work cut out for him as the writer made sure he got all his creative juices flowing in setting up this new world… and it shows.

This book is more then just a fun comic book… this has meaning. It has vision and dares to pretend to be more… much more!

In the short basic setup we have a few ladies battling a villainess foreign queen who is out for revenge. Going deeper this is about friendships and alliances… about overcoming fear and battling wrongs.

Writer Lavie Tidhar wants to be heared and Adler and Jane and all want also to be heared. And they shout and make an impact! Artist Paul McCaffrey has dazzled me many times before and he does not let down… not one beat did he miss. The fact he also did inks and coloring himself is just… insane 🙂

Come on out of the woods folks and order this book… or get it for free here!

You will not be disappointed!!