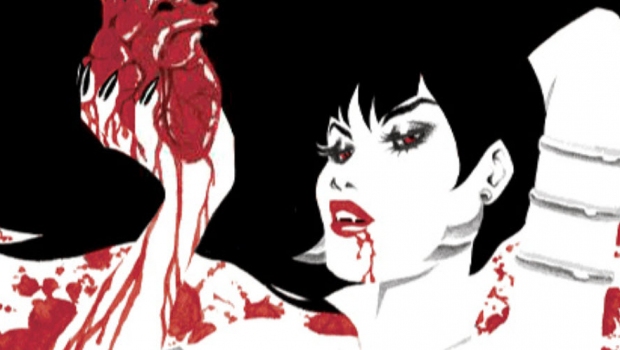 Dynamite Entertainment has been running variant cover programs for some time now and currently is prepping for an exclusive VAMPIRELLA 50th Anniversary project and this time they have spotlighted industry-legend AMANDA CONNER.

A Vampirella Project…With HEART!
Amanda Conner is known for beautiful comic art on Harley Quinn & Power Girl, but early in her career, she worked on Vampirella. Now she is back with a secret project to celebrate the 50th Anniversary!

More information can be found about the project by following the link to sign up when it is launched!