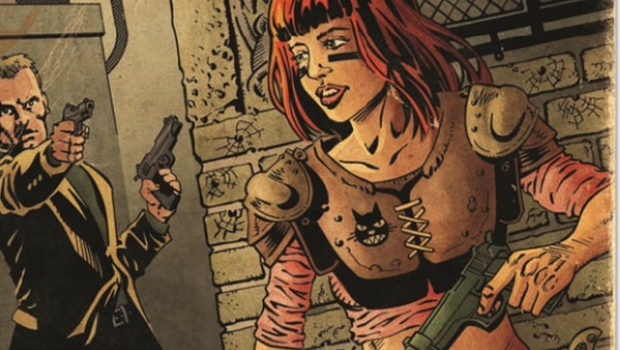 Amigo Comics is proud to present books from the evil mind of El Torres, Massimo Rosi and Colleen Douglas, with our friends at SallyBooks and some of the best artists around!

The Blackening reaches its finale.

Time to take a NASTY PILL as well as indie creator Massacre shows you how to mix revenge with drugs!

Maybe Alex Wagner escaped from the high-security prison, but now she’s trapped in the Otherside! His brother is now in command of her body, wandering in a world strange to him. An easy prey for one brainwashing cult… commanded by someone who can see that Alex is a body with two souls.

The acclaimed horror miniseries Straitjacket continues! A trip to the dark side of the mind and reality, lead by the Wagner brothers. One is dead, the other is insane… or perhaps too sane. The Straitjacket series has been optioned for a TV Series… Soon more news about this!

Tony’s soul is more like a shadow inside a dead, cold, metal body. He puts everything on the line watching inside the suburban cyber hell, ready to sacrifice everything at this point, but he sadly discovers how much he still has to lose if he doesn’t preserve the only light in that terrible dark world: his daughter.

She’s on a wild rampage after her lover’s death. Driven by drugs and thirst of revenge, May Campbell has a plan and won’t let anyone stop her… But what does she want? What does she seek? Justice, revenge, or a painful and confusing mix of the two? Nasty Pills is the new action thriller by indie creator Massacre!