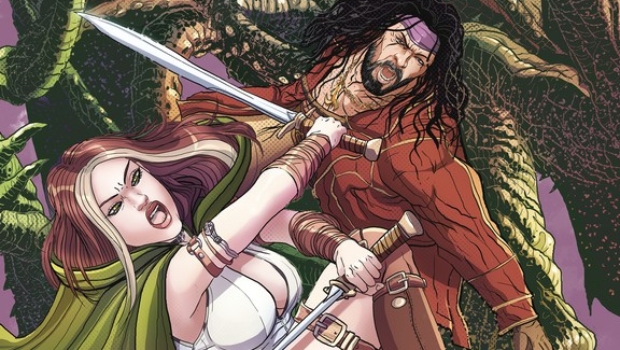 This November the Spanish publisher Amigo Comics will bring you the best of Indy, horror, Sword&Sorcery! And with Bram and Weasel facing of Cthulhu… things are getting hazy!

Amigo Comics also shows the next episode The Blackening: pleasure versus regeneration in a brand new science fiction series!

And we say YES again to Victorian Age Horror with the Spanish Master Of Horror in the 3d issue of Phantasmagoria!

We also have the TPB of GHOST WOLF , which collects the hard-to-find second mini-series!

And we have a new Sallybooks-imprint title called SWIM GROZ!

Tony’s desperate search to find his beloved daughter continues, sinking lower and lower into the dark reaches of the futuristic city of Phoenix. Police can’t do much and the forces of Epicuros haven’t destroyed little Skye yet. Only her father cares about her. And it is time for him to descend even deeper… to arm himself!

Final issue of the Rogues vs the Mythos! To save Gerada, their lives and their favorite tavern, Bram and Weasel faces the Great Kat-Thoo-Loo, or Cthool-hoo, or Cthulhu, or whatever the name is, in the dark island of R’lyeh and things go down the tubes. But for who?!

What is the story behind Professor Hawke and the rogue magician Drood? A friendship that goes back thousands of years… a bitter enmity in recent centuries. Meanwhile, the Ghost Lens begins to call The Intruders to bring doom to London… And perhaps to the entire world!

Mara: mother of the warrior Lif and the seer witch, Thrud. Honor bound by tradition to the tale told a thousand times. A horde of callous warriors is laying waste to the Northern lands, and the true Ghost Wolf is with them! Mara should fight the one she worships… risking the loss of her family!
This volume compiles the entire hard-to-find miniseries! 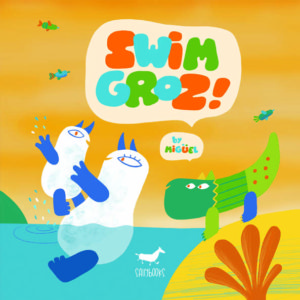 A new day is coming and little Groz is very happy because mum is teaching him to swim. Although swimming is more complicated than he thought, thanks to mum and dad, and with the help of his friends, Groz will learn even more than he could think.