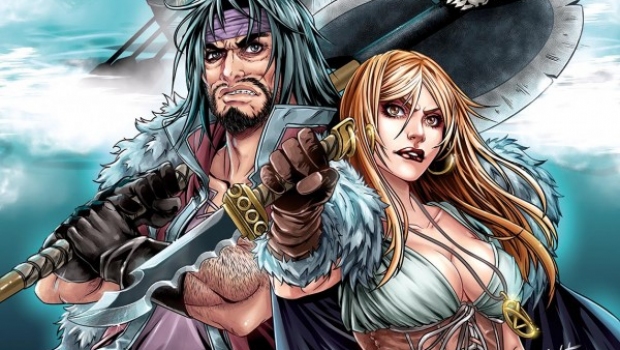 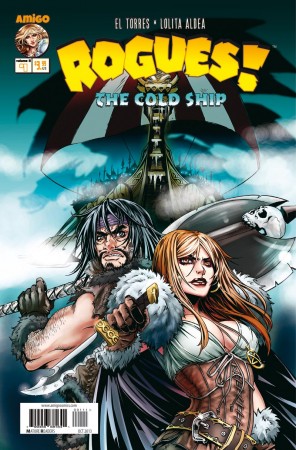 Torres explains: “Some of you have emailed us in a rush, telling: ‘Oh, God, I’ve checked my Amigo orders and they’ve been cancelled! Are you guys out of business or what?!’

We have some really cool books that are getting good fuzz in the internets. Rogues! The Westwood Witches, Lunita and many more to come! Readers love our stories, love the artwork, love the overall design… they love us!

But you know the curse of a cult comic, amigos! Great reviews, not-so-great sales. And we have delayed more than a bit in our schedule.

Perhaps due to that, retailers haven’t ordered too many of our books… at first instance. We have a lot of personal requests and back orders. Not so much as to warrant a second-printing, but quite a lot. And with a little more word-of-mouth and actual pre-orders via comic book shops…

And as you know, we are small, and we are located in Spain. So it’s really hard for us to get a storage and delivery service in the US. And it’s really hard also to visit you at the stores and get signing sessions. We live at the other side of the pond, remember.

Perhaps many of you are trade waiting… but at this point, we are not thinking in solicit trades… in the next months.

We print a low run, and they get sold-out easily. They get good-to-raving reviews and fans specifically ask for them. But we’ve delayed and people can’t find our books.

And we at Amigo come up with this solution: We’re going to resolicit our books!

In February Previews (for sale in April 2014), we will both resolicit Rogues! vol. 2 , as well as Lunita. That will give us time to catch up with our schedule… and it will give you and all the friends you will tell this news to as well as all the friendly comic shop owners you will pre-order this book with, time to order more of our books. How does that sound?! Pretty neat, right?

So, please ask your retailer to get more Amigo books. If you are a retailer and want to read what’s all these comics getting all these good reviews, just write us a line and we will prove to you that we have what it takes!

Nancy in Hell: A Dragon in Hell and Ghost Wolf will be released as planned. And we have a great assortment of  stories ready for you in 2014. Stay tuned. 2014 will be a really good year for our amigos!”

Amigo Comics urges fans and retailers to keep their eyes open for the Diamond Previews section in which the real Amigo’s can be ordered from, as well as with various comic news web sites which will carry their PR and solicitations regularly!