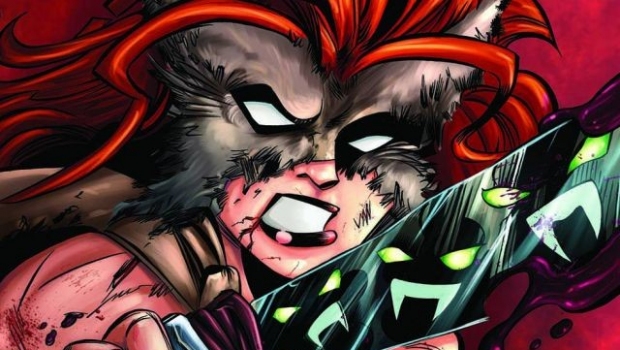 Amigo Comics is proud to present their barbaric, supernatural, amazing titles filled with strong female role models, headstrong comrades, mermaids at war and horrifying monsters. Please make sure to pre-order them via the Diamond Previews to be picked up in stores worldwide JUNE 2014.

The ancient demons known as the Hungry Ones have taken over the North, and not even the female berserker Mara, masquerading as the Ghost Wolf, can stop them! But, but if the original Spirit of Flight could be summoned once more? (STK641031)

The plan has gone terribly wrong, and the Mermaids have declared war upon Mankind. Lunita must face them and stop the massacre — even by paying with her own life if it is needed! The fantastic run of the daughter of the Moon concludes with a shocking finale! (STK630889) (C: 0-0-1)

Hakon the Deathless is fed up with the Weasel! He still needs Bram the Dragon-slayer to kill the wyrm Armod, but the smart wits of Weasel are getting him on the nerves. And who have heard of a magical ship full of undead warriors carrying a woman? Alas, Weasel must die! (STK626266)