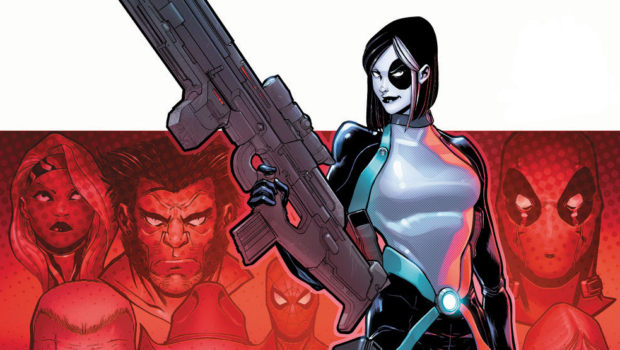 Marvel’s femme fatale returns to comic books this spring – and so does superstar comic writer Gail Simone! DOMINO will unleash her risqué, hard-core action on the Marvel Universe in an all-new story, and Marvel can now announce the full creative team that will help to bring the soldier of fortune to life. 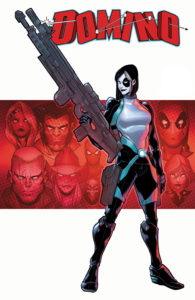 Joining Simone in crafting Domino’s journey is rising star David Baldeon (Spirits of Vengeance, Nova), who will bring his unique style to the pages of Simone’s story.

“I am so very thrilled to be a part of Team Domino! I am a fan of Gail’s work, and I’ve been wanting to work with her for a long time now. The fact that it is with a character like Domino is the icing on the cake!” said Baldeon. “She’s strong, she’s tough, she´s fun and she´s thrilling, and hopefully the art will bring through all of that. We’ve given her a new, sleek look that plays on all of her strengths, her history, and who she is as a character. Plus, this book is a completely different animal from my previous work style-wise, and therefore a chance to go into new grounds. This is going to be an exciting ride!”

“Since Marvel first asked me to write Domino, I knew there was one element that attracted me SO MUCH to her, but for some reason, I couldn’t quite name the exact word,” added Simone. “Was it stubbornness? Snarkiness? Other characters have those traits, too, but with Domino, there was this THING that represents her, but the word escaped me, and it was vexing. Wonderful editor Chris Robinson had someone in mind for the book, bless him! We immediately started getting the sketches and designs from David Baldeon Gonzalez, and I knew instantly the concept I had been trying to name, because he drew it right into her eyes. It’s MISCHIEF. Domino has a sense of mischief, of high-stakes play, even in the roughest times. She’s lethal and she KNOWS it.”

With Simone’s excitement and Baldeon’s explosive design, DOMINO’s creative team is officially ready to blast off this April.

“That really sealed the deal for me,” continued Simone. “David was our guy and I could not be happier. He draws gorgeous people doing dirty deeds, and it’s just exactly the roller-coaster ride I had hoped for. He’s adding so much heart and fire. I just love him.”

With gunplay and glitz galore, DOMINO brings you action, adventure, and antics like you’ve never seen before. Join Gail Simone and David Baldeon this spring when DOMINO hits your local comic shop!