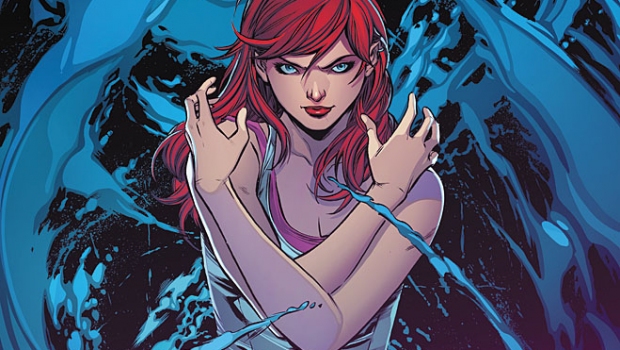 Fathom: Blue will launch with a zero issue in Aspen’s annual Free Comic Book Day flip book Worlds of Aspen 2015, and continue in its first full issue the following month in June. The series centers on a band of misfit Blue who have risen from beneath the surface, united in their exile from below and looking to blend in out of sight amongst humans. But they’ve been collected under the watchful eye of one man who has spent the better part of his life hunting their kind, and will stop at nothing to use these Blue as weapons against their own.

“Michael Turner created such a deep and engrossing story with Fathom, and after 17 years since its first issue debuted, we’re excited to be widening the scope and possibilities for this universe,” says scribe Hernandez. “It’s also a great jumping on point for new readers, as this new series will focus on a fresh cast of characters and their difficulties surviving above the surface as outcasts. It’s really a story I’ve been wanting to tell for some time, and Claudio Avella, Erick Arciniega, and Josh Reed are the perfect artistic team to bring this tale to life!”