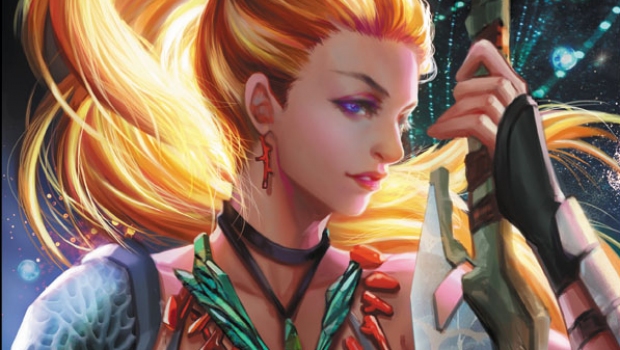 Aspen Comics has provided C4S with their December 2017 Solicitations.

All Hell breaks loose as battles arise on all fronts! The arrival of Grace in the Everlands signals the fight for the very existence of the magical realm itself! Meanwhile, in Costa Rica, the Death Princess discovers that manipulating the minds of the innocent is far easier than those of the guilty—as several of Aspen’s toughest villains combine under the dark lord Rainier to vanquish her rule for all eternity!

The conclusion to the pulse-pounding second volume could finally spell the end for Lola once and for all! None of the major players in The Wasteland are free from danger, as Lola’s allies, The Suits, The Carnies and The Cannibals take aim at their stake in this winner-take-all post-apocalyptic landscape!

As Theo struggles to overcome his perilous journey, Ange and Dev continue to fight against Slive and his nightmarish creatures. However, being completely overrun and outnumbered, their hope for survival grows dim with each passing moment. The end is near, but an unlikely ally may prove to tip the balance of power in their favor!