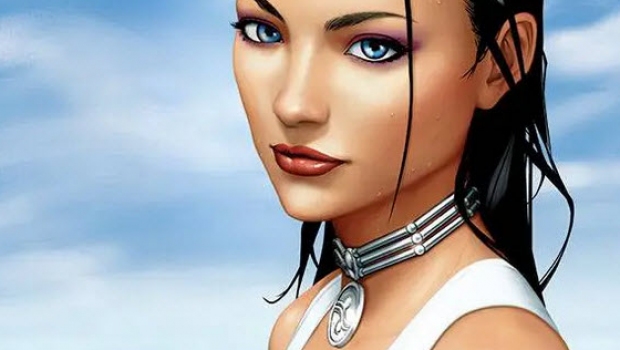 Aspen Comics has gone to Kickstarter to fund the return of Michaal Turner‘s Fathom, as Fathom: Core earlier in the year, set up as a 48-page one-shot from writers Vince Hernandez, Mark Roslan, and artist Alex Konat. For the regular market Aspen is now splitting up the story as a 2-parter.

FATHOM THE CORE #1
SEP211265 – FATHOM THE CORE #1 CVR A KONAT – 3.99
SEP211266 – FATHOM THE CORE #1 CVR B TRAN – 3.99
SEP211267 – FATHOM THE CORE #1 CVR C TURNER
(W) Vince Hernandez (A) Mark Roslan (A / CA) Alex Konat
FATHOM: THE CORE #1 will ship with two different covers by series artist Alex Konat and artist Donny Tran. Each cover is available to order separately, with no quantity limitation or restrictions.
Aspen Comics’ largest and most ambitious release of 2021 is now available in two action-packed chapters!
Aspen Matthews was born of two worlds-The OCEAN and LAND. Now, deeper within the confines of The Earth-a new threat has risen, one that will reclaim the eco-system for those of much more powerful descent.
The human world has tenuously learned to co-exist with the underwater species known as The Blue. The powerful Elite Blue Aspen Matthews has returned to her life’s work-that of a marine biologist. Yet, not all creatures from below are seeking peace, and when an unimaginable force from the deep confines of The Earth’s core makes their presence felt in a catastrophic way, Aspen and the entire Fathom Universe must unite in order to not only save themselves-but the entire planet! Featuring covers by Alex Konat, Donny Tran and Michael Turner, this is THE biggest Fathom direct market launch of 2021! In Shops: Nov 17, 2021 SRP: $3.99

MICHAEL TURNER CREATIONS SC (O/A)
ASPEN MLT INC
SEP211268
(W) Michael Turner, Bill O’Neil, Jeph Loeb, J. T. Krul (A) Michael Turner
Over two decades in the making, Aspen Comics most prolific release arrives in softcover… MICHAEL TURNER CREATIONS!
In 2003, superstar artist Michael Turner founded Aspen Comics, and now in 2021 his legendary body of work is encapsulated in this massive, over-sized Soft Cover book! MICHAEL TURNER CREATIONS is THE most comprehensive collection of Michael Turner’s ASPEN COMICS creations including the FULL FIRST VOLUMES of his iconic Fathom and Soulfire series collected together in their entirety for the FIRST TIME EVER, along with his entire Ekos body of work and a complete Fathom cover gallery!
From Turner’s best-selling Fathom to his electrifying Soulfire, journey through his wondrous creations with an incredible 720 packed pages of story, art and more! This is the most complete Michael Turner Soft Cover book ever produced, and the perfect companion to any Michael Turner, Aspen Comics or comic book fans’ collection!
In Shops: Oct 13, 2021
SRP: $75