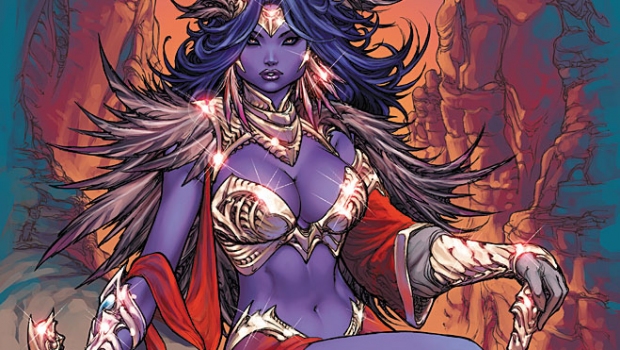 Along with Aspen guests, the publisher will be offering a Jirni #1 Phoenix Comicon 2014 exclusive cover by Paolo Pantalena and Peter Steigerwald limited to 200 copies. Limited quantities of this exclusive variant will also be available on www.aspenstore.com.

Aspen will also be offering a new series of their industry-leading art prints, including three new Jirni prints by Paolo Pantalena, Peter Steigerwald and Ross Campbell, as well as a new Fathom print by Michael Turner and Peter Steigerwald.

The publisher will host “The Official Aspen Comics Panel 2014” on Friday at 12:00 PM in Room 128b (North) and will feature a look at upcoming Aspen titles including never-before-seen art for new title Lola XOXO and Jirni Volume 2, as well as looks at upcoming series Damsels in Excess, The ZooHunters, Legend of the Shadow Clan Volume 2 and more. Aspen will also offer a special Q&A with fans.