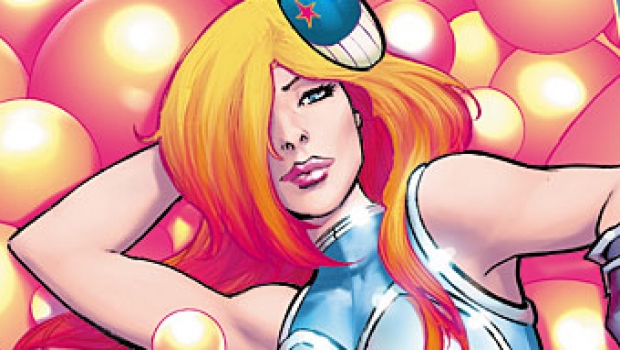 When the gang realized the “package” they painstaking retrieved could possibly be the most high-tech performance machine on the planet—and more importantly, a young, kidnapped cyber boy—the weight of their crime quickly comes into focus. Secrets are revealed, alliances shattered, and one of the team could literally never recover her psyche as the stakes have grown far greater than they could have ever imagined!

Aspen Comics revealed their first exclusive SDCC item recently, a Fathom: The Elite Saga #1 cover by Joe Benitez and Peter Steigerwald, only available at the Aspen Comics Booth #2321, with quantities made available on the AspenStore.com as well. This Comic Con exclusive cover for Aspen’s weekly Fathom event commemorating 15 years of Fathom will be limited to 250 copies, and the publisher will be featuring appearances by both Benitez and Steigerwald at the Aspen Comics Booth throughout the weekend. Solicitation for Fathom: The Elite Saga #1 reads:

The publisher will be unveiling more SDCC exclusives throughout the week in addition to some major announcements regarding their upcoming projects to be shown at the “Ten Years of Aspen Comics” panel on Friday at Comic Con.