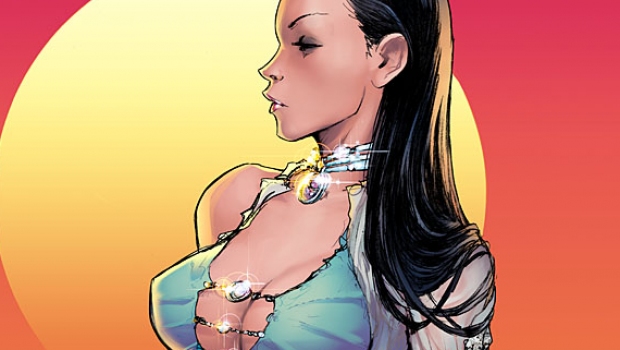 Aspen Comics has revealed their first Comic Con International: San Diego 2013 exclusive item, a Fathom: The Elite Saga #1 cover by Joe Benitez and Peter Steigerwald, only available at the Aspen Comics Booth #2321, with quantities made available on the AspenStore.com as well.

This Comic Con exclusive cover for Aspen’s weekly Fathom event commemorating 15 years of Fathom will be limited to 250 copies, and the publisher will be featuring appearances by both Benitez and Steigerwald at the Aspen Comics Booth throughout the weekend. Solicitation for Fathom: The Elite Saga #1 reads:

Aspen Matthews is attempting to find solace above the surface by distancing herself from the demons of her past. Kiani is imprisoned within the underwater capitol city of Muria. And Killian is in search of his missing wife Anya, and his newborn child Anika, who fled their home in his absence. Yet, all of their paths will soon collide as the child’s true nature could lead to immense power falling into the wrong hands, and those in search of her will stop at nothing to obtain her!