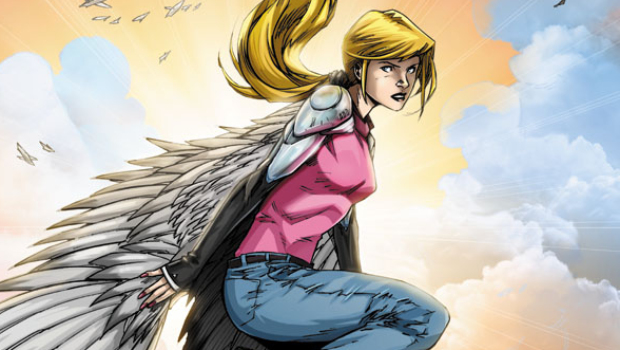 Aspen Comics is celebrating fifteen years of publishing in 2018, and the publisher will be releasing several all-new properties in addition to bringing back classic series from their library of titles. One of the aforementioned new properties set to debut on June 13th with a zero issue is the action-adventure series Awaken Skies created by Frank Mastromauro (Shrugged, Overtaken) with art by Marco Lorenzana (Overtaken, The Incredible Hulk), Justice (Aspen Mascots, Overtaken) and lettering by Taylor Esposito (Shrugged, BubbleGun). Solicitation copy for Awaken Skies #0 reads:

It’s been a long time coming, but I’m so happy to finally see Awaken Skies being released. It’s a story I’ve wanted to tell for a while, and I really think it’s going to be an unexpected treat for fans and readers. Marco’s art skills and Justice’s colors are taking this book to the next level and I really hope everyone enjoys this new series when the book debuts.

The publisher has provided Diamond Item Codes for Awaken Skies #0 to help fans and new readers order copies with their local retailer: