Aspen Comics will be appearing at this year’s MegaCon on March 15th-17th, and will be offering a special “10 for 10” exclusive cover for their debut appearance at the show. Aspen creators Frank Mastromauro (Shrugged, Dellec), Peter Steigerwald (Soulfire, Fathom), and Jonathan Marks (Shrugged) will be meeting fans, signing books and providing sketches at the Aspen Comics Booth all weekend long.

The publisher will be offering a special Shrugged #1 MegaCon 2013 exclusive cover by Ale Garza and Peter Steigerwald limited to 200 copies, and only available at the Aspen Comics Booth all weekend long.

Fans can also look forward to an all-new MegaCon 2013 Aspen Tour Print featuring artwork by company founder Michael Turner and superstar colorist Peter Steigerwald, limited to 125 editions. Aspen will also be offering a new series of their industry-leading prints featuring artwork for Aspen’s new “10 for 10” series Shrugged by Jonathan Marks and Ale Garza as well as a new Executive Assistant print by Elizabeth Torque, all limited to 50 editions. 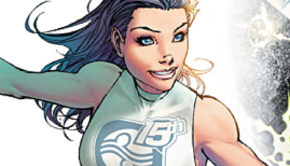 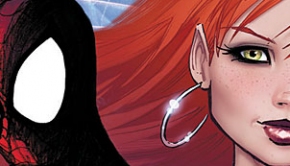