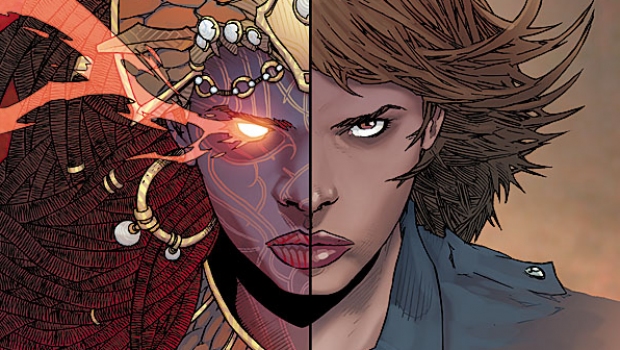 Aspen Comics has provided C4S with their January 2017 Solicitations. 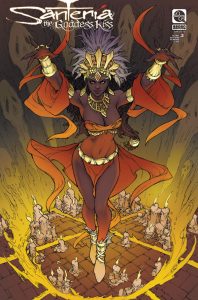 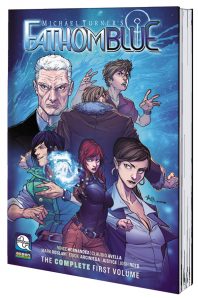 An unlikely team of BLUE rise!

They have all come from beneath the surface, each for a different purpose. United in their exile from their homelands below, looking to blend in out of sight amongst humans, unaware of their true potential. However, one man, Admiral Maylander, who has spent the better part of his life hunting The Blue, is keenly aware of their presence–and he will stop at nothing to use these Blue as weapons against their own, even if it means killing them in the process!

The first all new Fathom series to make its debut since Michael Turner introduced you to his incredible underwater adventure over 18 years ago! Collecting together the entire first Fathom Blue series along with a complete cover gallery, this beautiful trade paperback is a must have for any Aspen or Fathom fan! 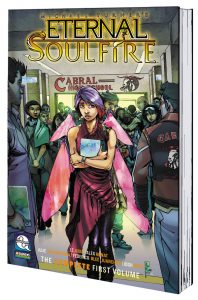 The world of magic and technology have finally collided!

A new cast of characters has risen. Cassidy, a young high school student with a very big secret, will discover that magic is not only real-but will change her life forever in ways she never could’ve imagined. Meanwhile, Miya, the ancient warrior from the earliest days of the Soulfire Universe, has returned with a vengeance–and both of their paths will be inextricably united! Explore the world of Michael Turner’s Soulfire as you’ve never seen it before!

Brought to you by New York Times Best-Selling author J.T. Krul (DC’s Bloodlines, Jirni), with art by superstar artist Alex Konat (DC’s Gotham Gazette:Batman, Fathom), and colorist Federico Blee (Jirni), this thrilling new series in the Soulfire Universe is not to be missed!