Aspen is offering two highly-limited show exclusives: Legend of the Shadow Clan #3 will be released early at the show with a special Wondercon Anaheim exclusive cover by Mike DeBalfo and colored by Peter Steigerwald and limited to 200 copies. Aspen will also be releasing an Executive Assistant: Assassins #9 WonderCon cover by Giuseppe Cafaro and David Curiel, limited to 200 copies. Both exclusives will only be available at the Aspen Comics Booth #701.

To continue their ten-year anniversary celebration, Aspen is releasing the Aspen Tour Print 2013 WonderCon Anniversary Edition, with art by Michael Turner and Peter Steigerwald, limited to 125 editions. Aspen will also be releasing all new prints featuring Soulfire, The Legend of the Shadow Clan and Shrugged.

The “Ten Years of Aspen Comics” panel will take place on Saturday, March 30th in room 208 from 3:30 – 4:30 pm and will feature all of Aspen’s creative talents as they answer fans’ questions and reveal what’s in store for the next ten years of Aspen Comics.

Aspen Editor-in-Chief Vince Hernandez will be offering portfolio reviews all weekend for aspiring artists in room 206b. Here is the dates/times for the reviews: 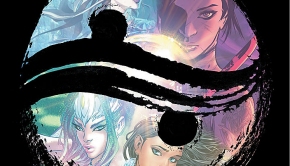