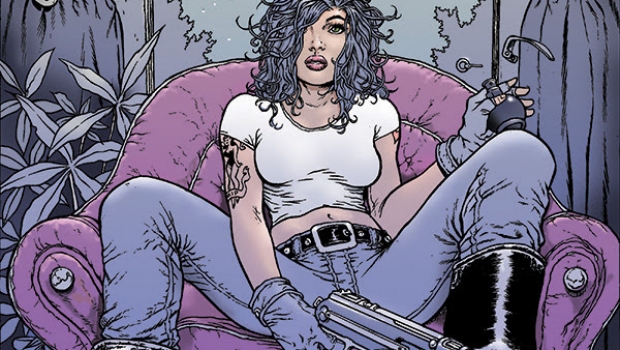 The thrilling sequel to Fearless Dawn’s “Jurassic Jungle Boogie Nights” is here at last! In an attempt to leverage some bargaining power, the evil HELGA VON KRAUSE kidnaps Fearless Dawn’s canine companion, Dogface. But the trick takes an unexpected turn. Fearless Dawn has become a menace to herself and others! Fans of the Rocketeer, The Goon, and MAD Magazine are sure to get a kick out of this series, from the inimitable mind and pen of Steve Mannion! ALSO features a “Manly” Mannion sketchbook section.

Written and Illustrated by: Steve Mannion

“Steve Mannion’s artwork lightens the mood with quirky and fun character designs that make the book a pleasure to read. In what other series can you read about moonbase Nazis, super model secret agents, mad scientists, and genetically engineered zombie monsters? Be sure to pick up Fearless Dawn: Hard Times from Asylum Press as our heroine takes on the whole Nazi army and won’t stop until she puts them in the ground or she dies a hero.”
–Matt Demory, Diamond Comics

Back issues and other Fearless Dawn books can be ordered at the Asylum Press website:
www.asylumpress.com 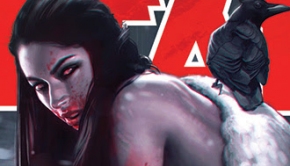