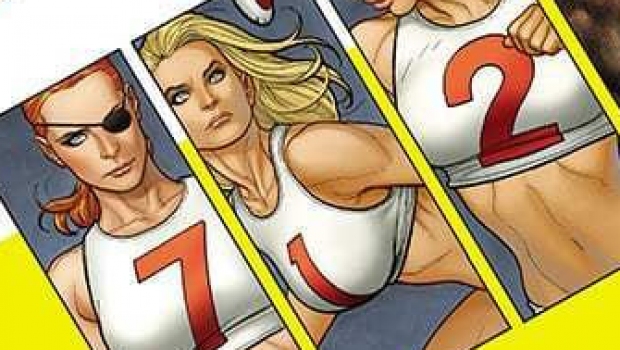 Frank Cho, the Emmy Award-winning creator, is returning to comics for the first time since 2018 with an all-new series for Artists, Writers & Artisans — the non-stop combat comic FIGHT GIRLS.

Mentioned on C4S for the first time in Sep 2019 (check out these amazing black and white images) we are thrilled to now finally have an order estimate!

“FIGHT GIRLS is one of half-dozen stories I wrote over the years that I never got to do because of my time commitments to Marvel and DC Comics,” Cho explained “Now that I’m with AWA, I can finally dust off my stories and work on them. I’ve always been a big action-adventure guy. I’ve always enjoyed stories of reluctant heroes overcoming overwhelming odds through intelligence, strength, and determination. FIGHT GIRLS is my love letter to the big sci-fi fantasy action genre.”

Cho described the plot simply: “It’s a story of 10 women from different parts of the Empire, gathered to compete in an ancient and deadly competition for the vacant throne of the Queen, but with a wicked twist at the end,” he teased.