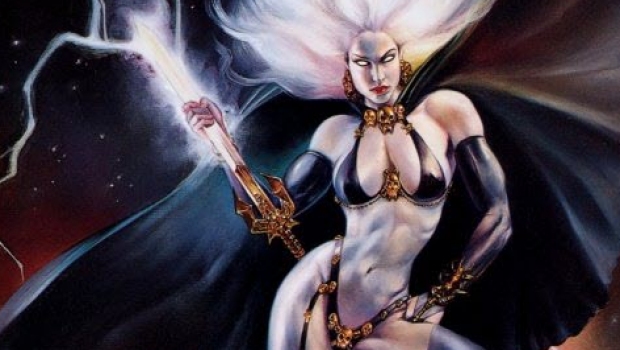 Mankind’s worst nightmare in the form of it’s sweetest dream, Lady Death, is ever a woman of contradictions – and with good reason: the blood of both angels and demons flows through her veins.

The life of a woman who would become known as Death began as a young girl named Hope in Medieval Europe. Hope was the daughter of Matthias, a 666th generation descendant of the fallen angels, and Marion, a woman so pure her bloodline reached to Heaven.

Due to her father’s cruelty and ambition, Hope soon found herself with no choice but to renounce her humanity and enter Hell. Once there, she became entangled in the grand manipulation devised by Lucifer himself. During his centuries-long plan, Lucifer cursed Lady Death never to return to Earth while the living walked.

His goal was to take a child so pure and filled with light and change her into a child of darkness. In this, he succeeded only too well. She had become Death itself, for to circumvent Lucifer’s curse she had set Evil Ernie on his mission of Megadeath, the destruction of all life on Earth. Lady Death finally ended Lucifer’s control over her life by casting him through Heaven’s Gate. At last, she had taken control of her own life and become Hell’s ruler.

What is the true nature of Death? To even ask invites disaster, but some say her appearance over 500 years ago signalled the beginning of the Judgement Era. Lady Death herself has rarely pondered such matters. She only knows that now that she has truly defeated Lucifer, she must test the power of his curse – that while life endures, she may never return home. 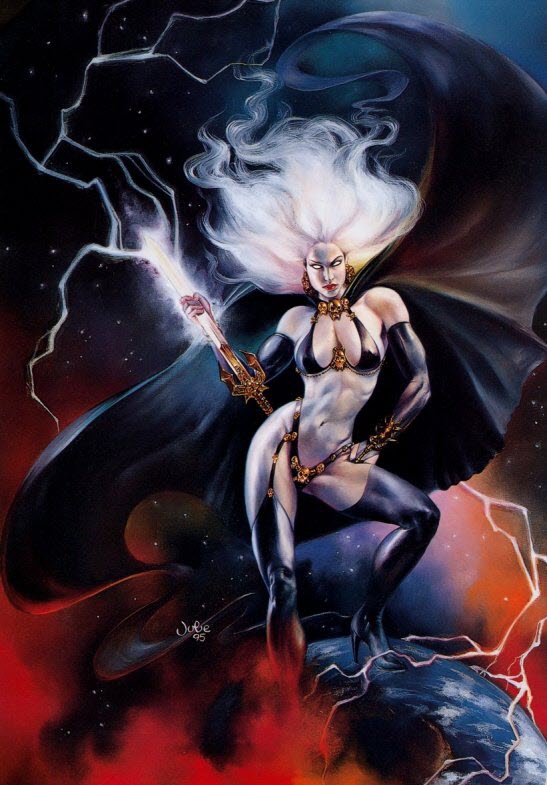