Barbarella to Return as Comic Book, by Dynamite Entertainment - Comics for Sinners
News 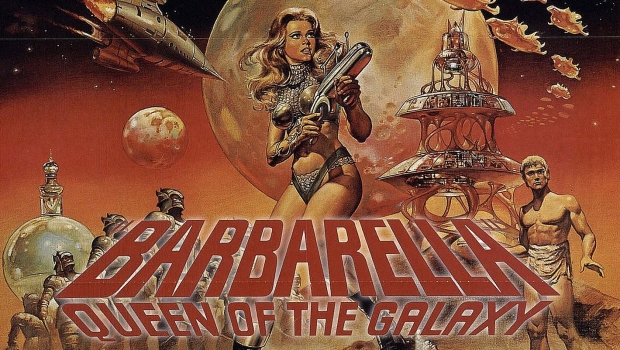 Barbarella to Return as Comic Book, by Dynamite Entertainment 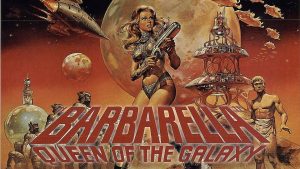 Barbarella, the sexy science fiction heroine created by Jean Claude Forest in 1962, will return in all new comics and more in 2017 from Dynamite Entertainment in conjunction with her 55th anniversary!

The character was introduced at the heart of the sexual revolution of the 1960’s, and is forever ingrained in pop culture after Jane Fonda’s unforgettable portrayal in the 1968 film. She was a key figure in the fertile battleground of French comic books and the struggle for sexual freedom in the medium, and has not appeared in a new series since her last appearance in the legendary science fiction publication, Heavy Metal.

The new comics will be supervised by Jean-Marc Lofficier, who worked in the mid-90s with Jean-Claude Forest, the character’s creator, on a sequel project.

“This is the first step in a multimedia approach designed to herald the return of Barbarella,” says Jean-Claude’s son, Julien Forest. “We are particularly happy and proud to take that step together with Dynamite, which has showed great respect for so many other classic characters.”

“Barbarella will be right at home here at Dynamite alongside such heroines as Vampirella, Red Sonja, and Dejah Thoris,” says Dynamite CEO and publisher, Nick Barrucci. “This is a day I have looked forward to since we started publishing! Jean Claude Forest’s creation has influenced pop culture from comics to music, and is long overdue for new adventures!”

“I’ve always been a fan of stories that have a real message hidden within an engaging and entertaining package. Barbarella’s message was about the freedom of self-expression, and while it sadly was missed by the majority of readers at the time, enough people figured it out for the character to endure,” says editor Matt Idelson. “Getting the chance to participate in creating new stories for an all-time (and all-time underappreciated) classic like Barbarella is beyond a dream come true!”

Look for updates on Dynamite’s upcoming Barbarella publishing program in the coming months, with a new series launch planned for 2017.