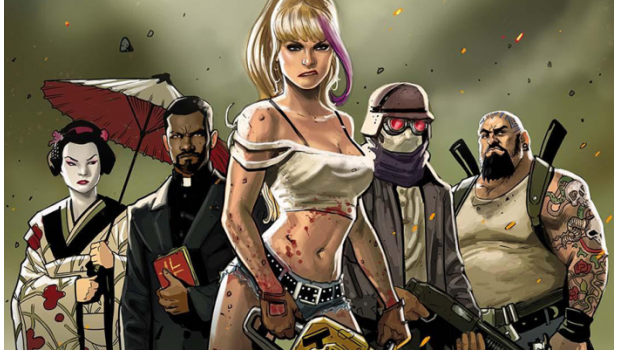 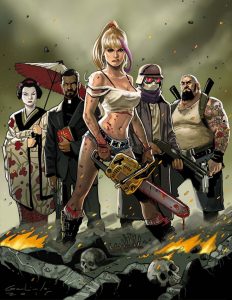 Nancy in Hell has been an Image Comics instant cult-classic, chronicling the after-life path of Nancy who travels the path of the righteous as she’s a sexy, chainsaw-wielding chick who is wandering a tormented landscapes filled with tortured souls, lusty demons, and a broken-hearted Lucifer. With Nancy in Hell, the follow-up Nancy In Hell On Earth and the crossover Nancy In Hell vs Savage Dragon a massive fan-base was created and now that a new third comic book series is concocted via Amigo Comics, the news of the pilot (which funded very successfully via Kickstarter) and its announcement of Australian break-out talent Bianca Bradey is making the HQ of C4S a real party!

The talented Australian actress, who is best known for her breakout performance as Brooke in Aussie cult-classic Wyrmwood, will play the titular character – a trash-talking, wise-cracking, whisky-swilling badass who slaughters demons with her trademark chainsaw – in a series set to be produced by Jennifer Van Gessel and directed by Aaron Warwick.

With the series the team will be aiming to tell a mix of old and new stories with many new characters set to be introduced. “We’re going to try to take the series in a different direction to the existing comics,” Van Gessel told Cinema Australia. “The comic book has recently been remade and is now published by a different publisher and that’s the direction we’re looking to take it.”

As for the main character, the producer couldn’t be any more enthusiastic about her leading lady. “Unbelievably, the new version of Nancy in the most recent comic books looks just like Bianca,” she said. 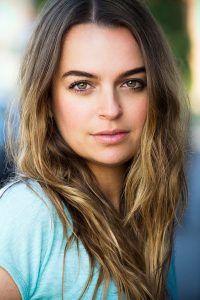 “I think Nancy is so awesome and encompases so much that I really want to do her justice,” Bradey was quick to ensure Nancy in Hell fans. “There are a lot of strong, vocal and loyal Nancy fans out there and she has a huge following. I honestly hope they’re happy with my casting and that I do it justice for them because when you have such a love and passion for something it’s got to be done right so it satisfies the fans. That’s why I’m making it.”

Nancy in Hell will be shot in Australia once Van Gessel and Warwick have wrapped on Beast No More, an Australian feature film starring Dan Ewing and Jessica Tovey. “We’re really excited because some of the films I’ve worked on previously have struggled to find or keep crew but with Nancy it feels like everyone is really excited to come on-board. Some people have even offered to work for free,” Van Gessel laughed.