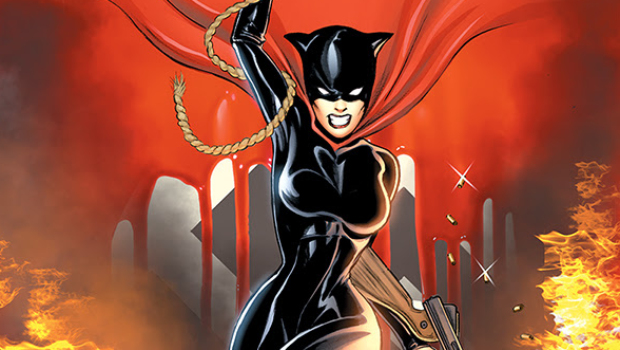 Dynamite Entertainment announces the return of one of the most influential characters in comics history this October: Miss Fury! Multi-Eisner nominee Billy Tucci (Shi, Sgt. Rock) and rising star Emma Kubert take to the pages of sequential art to battle Nazis in Miss Fury: Joy Division!

Born into newspaper strips during World War II, Miss Fury holds her ground in comic book history as one of the original superheroines, a character firmly rooted in the 1940’s, and now revitalized via Dynamite Entertainment for the 21st century. In this new series, writer Billy Tucci gives readers a look into the tragedy of the Nazi Joy Division’s, one of the world’s darkest and least known secrets and an important story that must be told.

“Miss Fury: Joy Division will be set during the darkest days of WWII and will be in line with creator June Tarpe Mills’ true vision that includes her original cast of characters and the intriguing storylines that laced them all together to create an icon that ran in the Sunday strips for over a decade,” states author Billy Tucci.

The all-star creative team is set to recapture the legend of the original “Cat Woman” Marla Drake and her army of “Black Furies” that take readers from the warring skies above New York City and into the heart of Hitler’s Third Reich in the spirit of an all-female “Inglourious Basterds.”

“Emma Kubert is an incredible young talent ready to take on the world!” remarked Tucci. “She’s a comic book superstar who brings a passion and drive to this series I’ve not seen in years.
Emma, like our heroine Marla Drake is fiercely independent and devoted to making this series a true classic.”

“It’s amazing. I’ve been friends with Billy for close to 25 years and this is the first time we’re working together on this level,” added Nick Barrucci, CEO and Publisher of Dynamite Entertainment. “Watching Billy’s inspiration for the character and content really has shown what’s possible for storytelling in comics and teaching through history.”

Billy Tucci is scheduled to appear on the Dynamite Entertainment Diamond Previews Premiere Publisher Panel from 1:00-2pm on Friday, July 20 at in Room 4 at San Diego Comic-Con 2018.

The debut issue of Miss Fury: Joy Division #1 delivers a wide selection of cover variants, providing fans and retailers a chance to collect the whole set! The cover artwork features the talents of Billy Tucci (Shi), Emma Kubert, Ken Lashley (Black Panther), Mike McKone (Teen Titans) and Jan Duursema (Star Wars), respectively. A Blank Authentix Edition will be available as a variant forMiss Fury: Joy Division #1 featuring the same great story, but with a blank cover for fans to get their favorite artist to draw their version of Miss Fury. 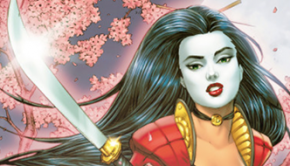