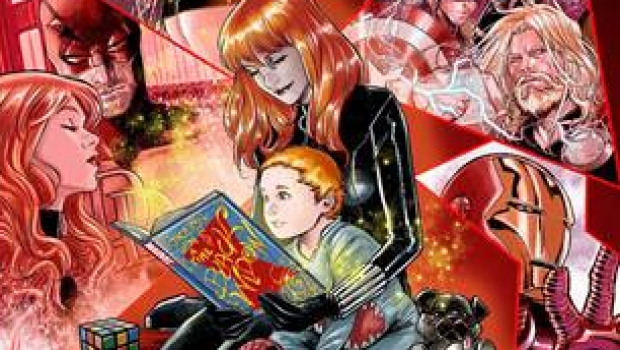 Natasha Romanoff’s deadliest enemies have banded together in writer Kelly Thompson and artist Elena Casagrande’s thrilling new run on BLACK WIDOW. The Avenger is unknowingly trapped in a seemingly perfect life in San Francisco complete with a fancy job and a loving fiancé. As the cracks in this devious deception began to show in yesterday’s shocking second issue, fans learned yet another startling secret—Black Widow has a son! Who is little Stevie? Who are the villains behind this twisted plot? And when and how will Natasha break free? The revelations continue nonstop in BLACK WIDOW #3 on November 4th but in the meantime, get a sneak peek at what’s to come in two stunning upcoming variant covers!

“Our first arc has some of the stuff you would expect in a Black Widow book, but I think twisted in a new way that’s interesting,” Thompson told Marvel.com. “And where she ends up at the end of this highly personal and life changing story is ALSO interesting!”

This new era is graced by the beautiful art of Elena Casagrande. Known for her acclaimed work on Catwoman and Supergirl, Casagrande brings Natasha Romanoff’s latest misadventure to life in a bold cinematic style.

“I love to put on the pages all my visual knowledge from movies and TV shows, to find a kind of fine solution or charming fusion between the potential of the comic language and the modern motion-picture visual,” Casagrande said in a recent interview with Inverse. “Panel layouts are inspired by movie frames but always keeping in mind tricks and codes of the comics that bring me the opportunity to give great vibes with fewer efforts.”