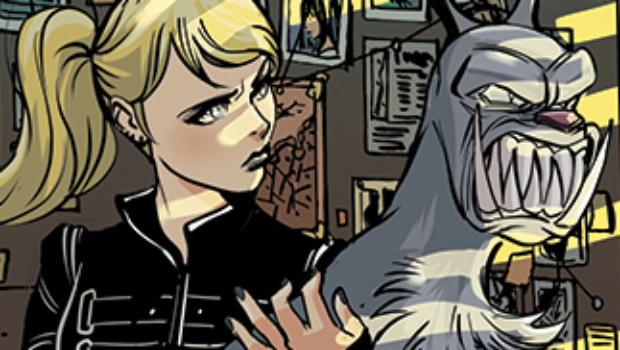 BLU LULLABY is a fast-paced horror mystery! When things that go bump in the night aren’t the monsters, it’s up to Winter and Blu, a survivor of child abuse and the monster under her bed, to investigate and stop a series of child kidnappings. This is the unlikely detective agency known as Safety Blanket! This Action Lab: Danger Zone title will be available digital first on comiXology this week.

“Essentially I like to think of this as if Monsters, Inc. decided to see the dark sides of a child’s life,” creator/writer Chad Perkins comments. “Not every child is afraid of the monster in their closet or the shadow in the corner smiling back at them.” He adds, “I think the one thing I want readers to get out of this book is an enjoyable experience; I want this to be a comic someone who is just starting out can read and a comic veteran can also enjoy…”   Chad leaves us with these ominous words: “What are you afraid of? The monster under your bed? Or something far far worse?”

Every issue for the first story arc of BLU LULLABY, #1-4, will be on comiXology this September 11, 2019! The trade collecting every issue will be out the week after on September 18, 2019.