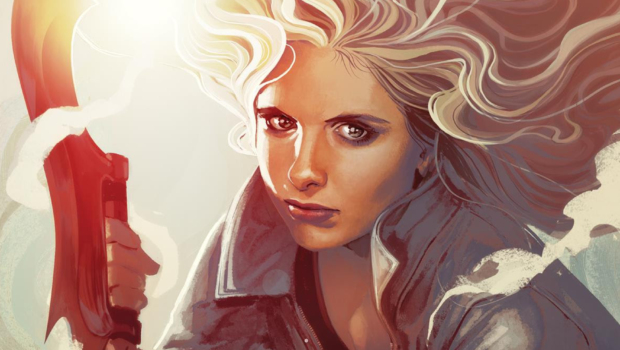 Following the world-altering finale of Season 11, Buffy and the Scoobies have had a laid-back year in the saving-the-world department. But as they’ve learned over their years of fighting the forces of darkness and thwarting many an apocalypse, nothing stays quiet for long. When Dawn and Xander’s housewarming party is crashed by some familiar faces with news of an amassing force that must be reckoned with—Wolfram & Hart, a legion of demons, and Harth, a vampire from the future—Buffy finds herself in a time warp that could alter the fate of the world and could spell the end for Buffy, her friends, and the Slayers, forever.

This action-packed miniseries reunites the Buffyverse with the return of Angel, Faith, Illyria, and Fray, the Slayer from the future!

Buffy the Vampire Slayer Season 12: The Reckoning #1 (of four) goes on sale June 20, 2018, and boasts three beautiful variant covers by Stephanie Hans, Georges Jeanty with Karl Story and Dan Jackson, and Karl Moline. The first issue will be available for preorder at your local comic shop in March. 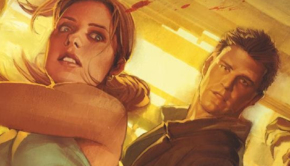