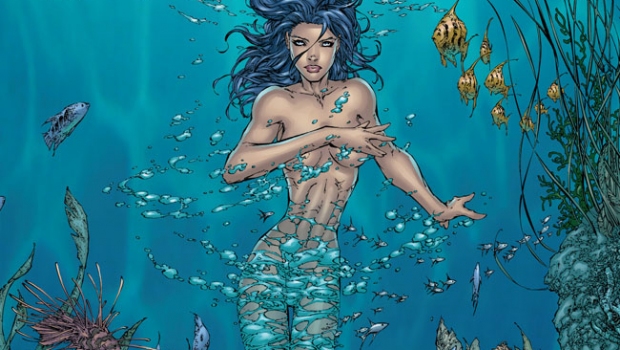 But C4S does not want to address sales figures of the new hit Marvel event Thanos Rising, or the amazing read and success of The Walking Dead nor does C4S wants to discuss the firs time in 13 years (last time was in 2000 with Fathom for instance, which still is going strong for Top Cow after all these years!) that an independent title (namely Millar’s Jupiter’s Legacy. Courtesy BC) reaches into the Top 10.

Anyway… C4S focuses on what is most important and wants to show you some images of Fathom! We just needed an excuse, really!
So here we present covers to all the #1’s of all the four volumes to date, and make sure to check out more at Aspen’s official Fathom-minisite!