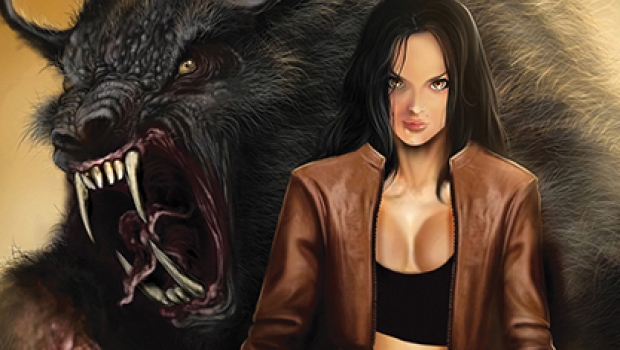 Cabra Cini: Voodoo Junkie Hitwoman is coming for you! 

Following a number of anthology short stories and also having appeared in the pages of Geek-Girl, cult character Cabra Cini is graduating to her own Mini-Series – Live on Kickstarter now!

“We’ve been working on the Mini-Series for some time,” says Cabra’s creator/writer Sam Johnson (Geek-Girl, The Almighties), “and with the art now complete, it’s time to introduce Cabra to a wider audience… I hope you’re ready for what’s coming!”

In her debut issue, we’re introduced to the supporting characters and antagonists in Cabra’s 4-Issue Mini-Series – including her pet werewolf El Hombre Lobo; insane Neo-Nazi White Out and his lobotomized, zombified butler Chives; and her friend-with-benefits Geoff…

Johnson fills us in on Cabra’s potential love interest; “Cabra hasn’t let anyone get close to her in a long time, after what she went through with her ex, and has kept Geoff at arm’s length. But the two have been spending more time together, and Geoff wants to take things to the next level.”

Johnson continues: “When Geoff makes his move, Cabra is using her bastardized version of voodoo magik to meditate herself into her ‘Mind-Scape’ – which she uses to psychically reach out and learn about whomever she’s been hired to deal with. Geoff wants to come in… and Cabra lets him in… but something’s off.

“Cabra routinely utilizes her magik to access a dimension known as ‘The Infinite’ – Limbo’s ‘crazy cousin, locked away in the attic’ – which, for those who trespass upon it, can serve as a dimensional gateway between where they are and wherever they want to go (a boon for finding her ‘hits’). But The Infinite and Cabra’s Mind-Scape – two completely separate dimensions – seem to be overlapping. In her Mind-Scape, Cabra should have complete control – but she seems to be losing it.”

Meanwhile, white supremacist White Out – who, based on urban legend, may or may not be a ghost – is making his presence felt in Cabra’s Detroit neighborhood – offering the upper-classes an opportunity to rid the place of its ‘less desirable elements.’

Johnson continues: “When White Out’s actions impact on Cabra and Geoff, the ‘Voodoo Lady’ gets involved – and things will never be same again for she and her would-be-lover.

“Cabra has broken free of her old life, and is a badass, independent, strong woman,” continues Johnson, before concluding ominously, “With what’s coming her way in the Mini-Series, she’s going to need to be.”

Written by Johnson (Geek-Girl, The Almighties), illustrated by Nathan Ramirez (Cannibal Family, Red Sonja), with Bruno Letizia, Pablo Zambrano & Jorge Oliveira – Cabra Cini: Voodoo Junkie Hitwoman #1 is live on Kickstarter now, and you can get to it at www.cabracini.com

“This is something new altogether. I give it my recommendation. Strongly.”

“The pacing’s fast, the art is moving, the surprises many. I applaud Cabra Cini for breaking the limits that female characters can play in comics.”

“Smart, effective and highly entertaining. This is from a rising talent in the comics industry.”

“A hard hitting story with incredible artwork. I’m already a junkie and quite addicted to this character and can’t wait for more. 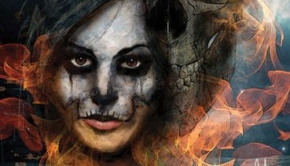 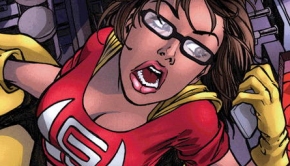 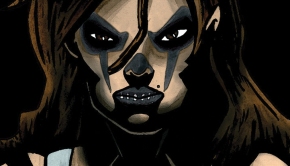