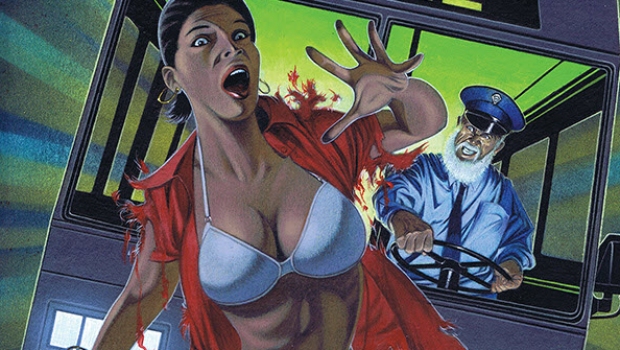 Caliber Comics announced the release of five graphic novels in Diamond’s September solicitations for delivery to retailers in November 2017. These books are currently available to pre-order through Diamond Previews, so run to your local comic book heroes/dealers!

Based on the cult classic Chillers feature film from Troma Studios that captured the Silver Scroll Award, Chiller now returns with eleven all new tales in an original anthology graphic novel!
Original creator and director Daniel Boyd is joined by some of the best in horror to present more tales of terror and chills.
Evil travels in many forms… even by bus. But this bus, driven by Peterr Jesus, takes its riders on a journey that they may never return from!

CORTEZ AND THE FALL OF THE AZTECS:

Called by the Los Angeles Reader the finest example of graphic story telling they’ve seen. This is the saga of one man thirsting to conquer an empire against a ruler who tried to appease both his subjects and his gods. Cortez’s arrival had been foretold by the superstitious Aztecs, but by the time they had discovered he in fact, was not the true God, it was too late. For Cortez had on his side, the belief in the three things at the time that mattered most in life – the King, God, and Gold.

A Gothic tale that takes its title from a peculiar ruin in S. Callisto Square in Rome. Some say it was placed there by the Devil himself, behind the Pope’s palace, to become his throne. During the twelfth century, it was a place of orgies and black masses that inspired prophecies and easy healing. This is the stage where Alberto Militelli conducts his so called esoteric rituals. But he only pretends to be a sorcerer: for he simply has found his way to get rich and affluent. But his rise to the top is quick, as will be his downfall. For his game has bothered his Master and his worst enemy: the Devil himself.

Written by Alberto Conte with art by Luca Rossi and Romina Denti.

Based on the true story of an American spy in Vietnam as told to Don Lomax by agent Robert Durand who chronicles the tale. Durand was a member of a black-ops team, code-named “Shining Brass.”

This graphic novel depicts the horrific atrocities witnessed and performed by the once naive special forces member as he attempts to perform his duties and understand the true meaning behind the madness that was the Vietnam War.

Caliber Comics is one of the leading independent comic companies in the industry today. During the 1990s the company helped to launch the careers of dozens of today’s top comic creators. Putting into print over 1,300 comics and books in the marketplace. Today, Caliber offers its vast library of comics and graphic novels in both print and digital formats, including all new book releases rolling out that feature a wide diverse line of subject genre with the emphasis on creator owned titles. For more information visit www.calibercomics.com 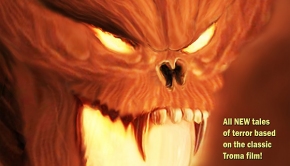