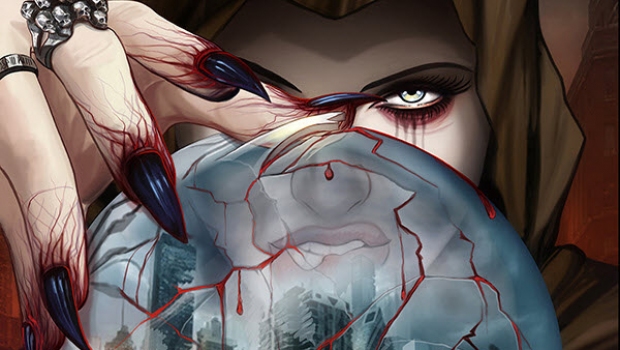 Caliber Comics announces the release of five graphic novels in Diamond’s April solicitations for delivery to retailers in June. These books are currently available to order through Diamond Previews.

Dungeon & Dragons meets Game of Thrones as four modern day teens are transported to a Middle-Earth-esque realm they only thought existed in books and film.

Follow the adventures of these teens into the unknown as the world unfolds before them. And what hope do these teens have? How can they survive against wizards, dwarves, dragons, and trolls if they had a hard time making it in high school?

One of Caliber Comic’s longest running critically acclaimed comic series. Featuring the writing of Stuart Kerr and Ralph Griffith (Deadworld, OZ) with art by Guy Davis (Hellboy, B.P.R.D.).
The first of a 12 volume set to collect the entire run of The Realm and Legendlore.

“A great adventure comic…there’s an audience out there just waiting for a book of this caliber…and you owe it yourself to be a part of that audience.” – Comic Shop News.

Scott “Journal” Neithammer comes out of retirement to cover the first Persian Gulf War. He finds himself also caught up in the war between the Pentagon and the press. Fed up, he heads off into the desert on his own to report the real story. Writer and Artist Don Lomax has won numerous awards for his authentic depictions of the conflict in Vietnam and the war in Iraq.

“First rate…alternates documentary-style reporting with documentary-style fiction. One of the five best war comics.” – Don Thompson, The Comics Buyer’s Guide.
“Stresses authenticity. Anyone who saw the real city of Khafji in Saudi Arabia will recognize landmarks in the comic book.” – Ron Jensen, The Stars and Stripes.

Move over Krusty the Clown; there’s a new and obnoxious clown on the scene and he hails from the city of Detroit! His lack of morals and human decency are always leading him and the poor people around him into odd situations that lead to hilarity.

Contains every web strip, every strip produced for print, and a few strips never seen before, making this the complete Gapo the Clown collection.

“This collection of comic strips is infused with the same underdog maverick spirit that seems to be the DNA of anything born of the Motor City.” – Bill Morrison, Creative Director of Bongo Comics.

He is considered the most infamous murderer in history. His very name inspires terror. He is Jack the Ripper. How can his evil and brutal methods affect the world, some 120 years after the last known victim of the Ripper was put to rest? But the terrible past of Jack the Ripper will manifest itself into the present day!

A team of American and international artists has been brought together to create Horror City, a horror anthology loaded with TEN tales of terror, black humor and twist endings.

For those that enjoy Tales of the Crypt, Twilight Zone, Night Gallery, and Tales of the Darkside, prepare yourself for Horror City. 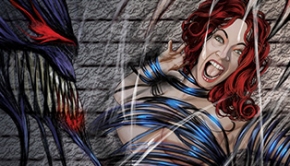