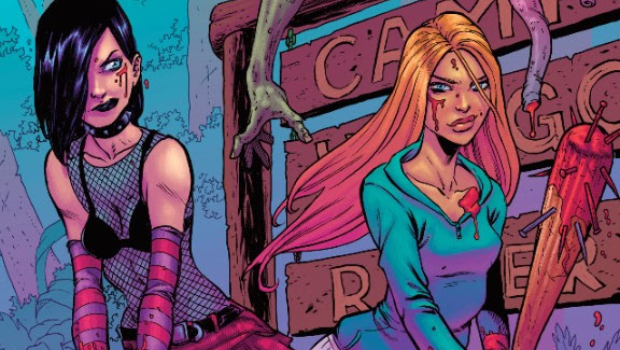 In HACK/SLASH: RESURRECTION, VOL. 1, Cassie Hack has been living off the grid, but when a new monstrous threat arises to torment the kids at Camp Indigo River, it’s time for Cassie to pick up the baseball bat once again.

HACK/SLASH: RESURRECTION, VOL. 1 (Diamond Code FEB180576, ISBN: 978-1-5343-0666-0) will hit comic shops on Wednesday, April 25th and bookstores on Tuesday, May 1st. It can be pre-ordered on Amazon, Barnes & Noble, Books-a-Million, IndieBound, and Indigo. But if you were smart, then you would have pre-ordered via one of your local comic shops!!