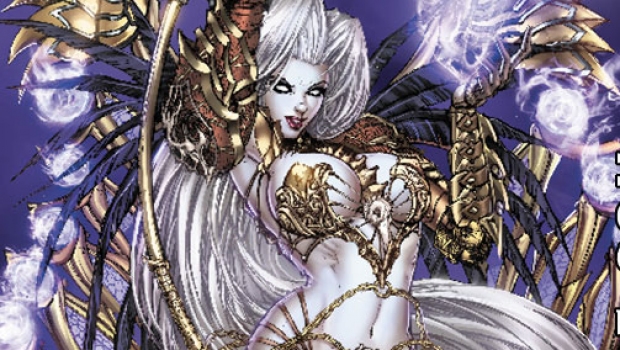 Coffin Comic announced at Crucial Con with Winston Dunlop II, President of Executive Replicas, that new action figures are expected to launch by the end of 2023!

There are four figures in the Coffin Legacy Series set. Lady Death has already been fulfulled and is in the hands of raving fans. The Hellwitch action figure is about to arrive this Fall and once that’s fulfilled Executive Replicas will start soliciting the final three Coffin Legacy Series figures: La Muerta, Chaotica, and Lady Satanus!

“Our goal was to create action figures that people will want to brag about, and be proud to have on their shelves.” Says Winston Dunlop. “We are going to bring the collector’s world some amazing six-inch figures.”

On top of the completion of the Coffin Legacy Series, Winston also announced an all-new Lady Death action figure! They have chosen the Dark Skies artwork by Jesse Wichmann with an undisclosed offer date.

Subscribe to Coffin Comics’ Newsletter to be directly notified about all action figure updates at www.CoffinComics.com.

Watch the full interview with all the available details here.