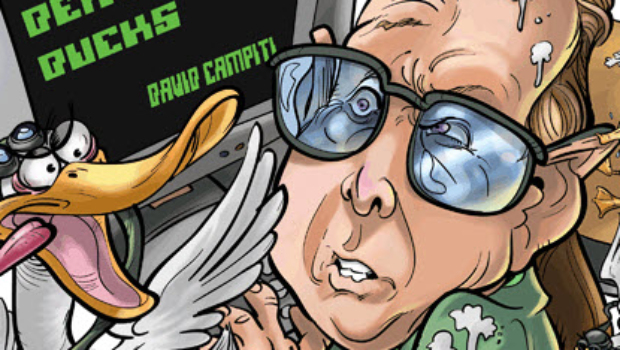 “David Campiti’s connection to Dabel Brothers actually goes back to before its inception,” says CEO and founder Les Dabel. “Some 17 years ago, because he’d already been a successful publisher, I reached out to David for guidance before I took the plunge into comics publishing. Time and again, I went back to him for advice. After returning from a recent publishing sabbatical, I realized we required David working on every aspect of creative and business.“

Campiti’s involvement is already visible in such Dabel products as the Fox News-promoted Blown Away: The Story of SSgt Johnny Joey Jones and Amazon’s #1 best-selling release The Simi’s ABCs – with Deepak Chopra’s Awakening Mindfulness, Sherrilyn Kenyon’s Dark-Hunters, and Kevin Herne’s Iron Druid, as well as various board and card games, rolling out across the next several months.

Dabel Brothers also plans extensive use of David’s expansive talent roster of worldwide creators for its project via his Glass House Graphics. “Dave Alvarez, Joe Bennett, Tina Francisco, Cliff Richards, and Mel Joy San Juan are some of the best in the business worldwide,” says publisher Derek Ruiz, “and we have them thanks to Glass House, which David continues to run.”

“Dabel Brothers is brimming with ideas and opportunities,” says Campiti, “and they wanted someone to temper their excitement and deal-making savvy with practical planning and scheduling, as well as an eye for the perfect talent team to give each project its unique visual identity. I’m happy to bring those skills to the table.“

A 35-year comics/publishing veteran, animated feature producer, and character voiceover actor, David Campiti wrote the seminal volume about comics creation, Stan Lee’s How To Draw Comics, with the legendary co-creator of the Marvel Universe. Across his career, David has been a writer, IP creator, editor, art director, designer, publisher, print broker, agent, teacher, and consultant, and has served on the Board of Directors for various companies. David is owner of Glass House Graphics, the largest comics-centric artist agency on the planet and, as such, has worked for Disney, DreamWorks, Hasbro, Mattel, Lego, Marvel, DC, Dark Horse, Dynamite, IDW, Random House, Harper-Collins, St. Martins Press, Scholastic, and more. David has written for Beauty and the Beast, Dark Shadows, Forbidden Planet, Hero Alliance, Legends of the Stargrazers, Lost in Space, Pandora’s Blogs, Quantum Leap, Superman, T.H.U.N.D.E.R. Agents, and many others. More information can be found at www.glasshousegraphics.com. 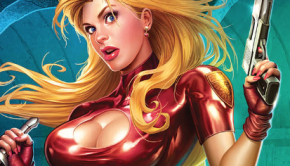