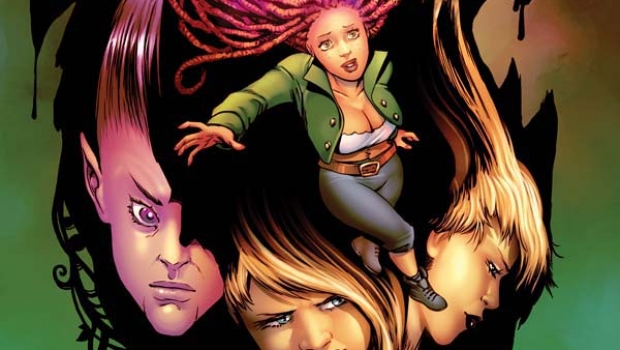 Damsels Is Killed Off Due To Tradewaiting

or something similar… this is what John Reppion (writer) told the world:

The next arc of Damsels begins! Weeks have passed since the defeat of the Army of Fear. Nevertheless, things are not as they were before The Witches Three cast their wicked spells. Is a return to the old ways possible, or has the Folk Tale world and people changed forever?

This issue we have Chris Bolson (Army of Darkness, Red Sonja) as our guest artist, with Aneke returning for #10.

Sadly, Damsels will now be coming to an end with issue #13  rather than #16 as originally intended.Thank you so much to everyone who has enjoyed the series so far and written so many nice things about it. Damsels is the longest series we’ve written to date and we’ve enjoyed every minute of it.

Do not despair just yet though Damsels fans, there are still five more issues (including #9) yet to come, plus an oversized one-shot later this month.

If you have previously pre-ordered the TPB of Damsels from Amazon or elsewhere, please be aware that the book will now collect issues 1-13 (rather that 1-8), so will not be out for some time. You will almost certainly have to re-pre-order, I’m afraid. Apologies.

Here’s an idea though, why not save yourself a wait and try to track down the issues so far? Ask at your Local Comic Shop, check eBay, get them from Dynamite Entertainment, or digitally via ComiXology? Then you can follow #9 – #13 as they’re released.

The truth is, we would have got to write all 16 issues as intended if more people had picked up the monthlies. That’s just the way comics work, sadly. Sometimes “waiting for the trade” can kill a book. Sad but true. 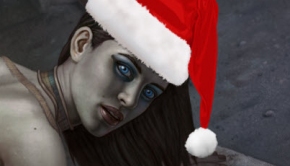