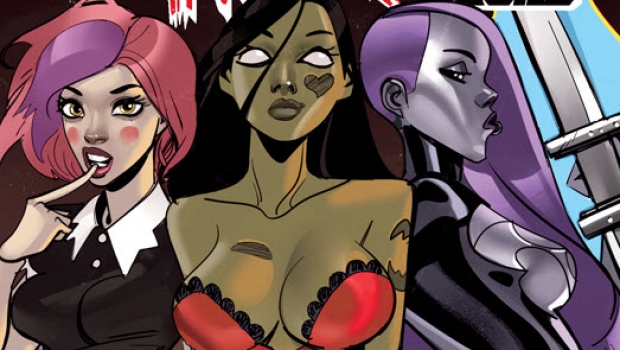 DANGER DOLL SQUAD is an all new crossover mini-series featuring our three most popular Danger Zone titles, and kicking off this August with a special issue #0. 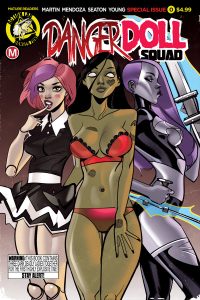 When a powerful threat combining all three character’s worst foes emerges and threatens to destroy their world, the queen of the undead, Zombie Tramp; the slashing and slaying comic book bad girl, Vampblade; and the 3D printed 17th century witch hunter, DollFace; must work together or be destroyed.

Writer Jason Martin comments, “The fans love all three characters, so it seemed natural to bring them all together. As soon as Dan and Bryan and I started talking about what we could do with the three of them, the team concept took on a life of it’s own, and the Danger Doll Squad was born!”

See what each character is all about, and how they became part of this lethal team-up in this special introductory issue featuring artwork from the artist of each series. DANGER DOLL SQUAD #0 is the fuse that ignites the explosive upcoming three issue mini-series starting this October. It will be available in a comic store near you on August 9.

The book comes with three regular and risque cover variants, as well as retailer exclusives. The road to DANGER DOLL SQUAD #1 continues later that same month in VAMPBLADE SEASON TWO #6 as well as issues 7 and 8, leading up to its release this October.