Daughters Of The Dark Oracle: The Curse Of Ragdoll – Comics for Sinners
News 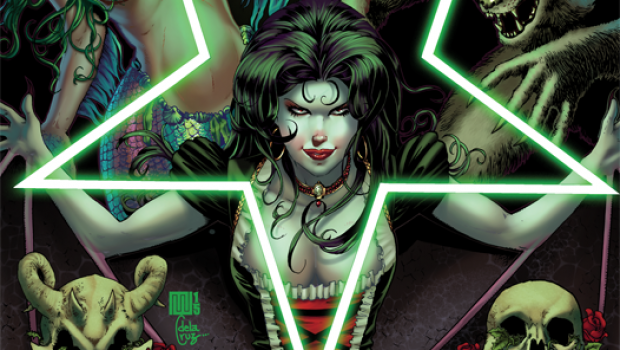 Daughters Of The Dark Oracle: The Curse Of Ragdoll 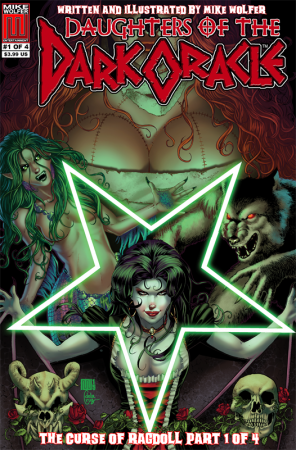 Blood will be spilled as Ragdoll, Countess Bathory and more are unleashed in the new comic series from Mike Wolfer Entertainment!

In July 2015, Mike Wolfer Entertainment will release DAUGHTERS OF THE DARK ORACLE: THE CURSE OF RAGDOLL #1 to comic shops worldwide, distributed by Diamond Comic Distributors (see the Mike Wolfer Entertainment listing in the May 2015 PREVIEWS catalog to order). The intent of this groovy Kickstarter is to raise the funds to cover all of the up-front expenses that are required to get Mike Wolfer Entertainment up and running, and to get the first DAUGHTERS series onto store shelves. Those costs include printing and production costs, advertising, and so many other expenses that have to be paid before the books ever leaves for the printer. It takes a lot of money to get a new company off the ground, so that’s why Wolfer is turning to Kickstarter and his fans. By offering all kinds of exclusive collectibles, fans can help to ease the financial burden of the series launch! The main rewards for this Kickstarter are exclusive, limited edition variants of issue #1 of DAUGHTERS OF THE DARK ORACLE: THE CURSE OF RAGDOLL. Here are some specs for that book, as well as the entire series:

The Land That Time Forgot Returns To Comics →