The Red Kn..." /> Demoniah prepares a comeback in “The Red Knight” – Comics for Sinners
News 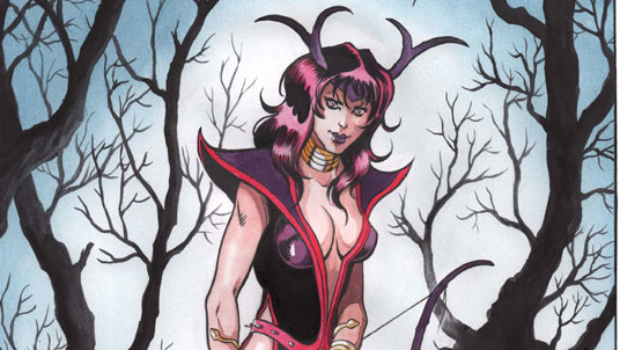 Demoniah prepares a comeback in “The Red Knight”

One of Belgium’s biggest success and long-lasting series is “The Red Knight” series van publisher Standaard and since new artist Fabio Bono with writer Marc Legendre came to the scene, a new style has been successfully applied. And we just got word that one of the oldest characters in the series will come back to make an appearance.

This year we see not only Galaxa (see coverage here on C4S) in the series De Rode Ridder, but also devilish Demoniah. The drawing above is the ex libris which can be found in one of the six integrals to be published this year with the first 36 stories. The other image is an excerpt from the album with her comeback, part 262, The Last Warning.

Just as Fabio Bono’s version of Galaxa is based on an actress (the Italian Sophia Loren), his Demoniah is also inspired by the American actress / photo model Barbara Leigh (born in 1946) who was especially hot in the seventies. She had relationships with Steve McQueen and Elvis Presley. She mostly played in B-movies and she had some one-off roles in TV series like Baretta, CHiPs and The Incredible Hulk. She worked for Playboy for seventeen years and she has a cult following thanks to her covers for the Vampirella magazine. 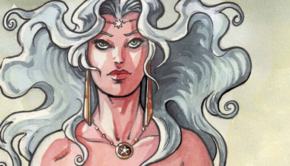 Galaxa To Return in the “Red Knight” →