10th Muse/Demonslayer Crossover Frenzy: A Tale of Too Many Covers?

When reading the Confession of Bluewater Productions publisher Darren Davis, your inquiring minds probably want to know a tad more about the 10th Muse/DemonSlayer cover he deemed inappropriate. So, C4S decided to search and collect all the covers that were available (comprising a Preview Issue, a 0.5 issue and a #1).

And this is how the solicitation read way back:

This Spring, watch out as the first ever Image/Avatar crossover explodes onto the scene! The 10th Muse/Demonslayer crossover features both of the stunning beauties in the fight of their lives against one foe so horrific, even together they may not be able to stop him! With art from the critically acclaimed team on Alan Moore’s Glory, Marat Mychaels on pencils and Robert Jones on inks, this series is sure to satisfy every art lover! This special preview reveals the first several pages of the story as well as behind the scenes evolution of the art and project at a ultra-low price that can’t be beat!

Image Comics’ hot-selling 10th Muse clashes with Avatar’s sexy Demonslayer in this landmark crossover event! Emma Sonnet’s hopes for a peaceful New York vacation are shattered when she finds herself fighting for her life against Jaclyn Hayes’ cursed lover Michael and then against the Demonslayer herself. But the real trouble begins when the villainous architect of this mayhem appears and orders the invincible beast known as the Egregore to slaughter both the Demonslayer and the 10th Muse! The stellar art team of Alan Moore’s Glory is on this book, Marat Mychaels on pencils, Robert Jones on inks, and Nimbus on colors, so you know it will be top notch! 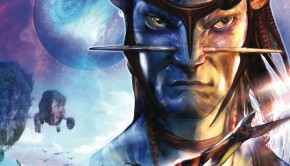