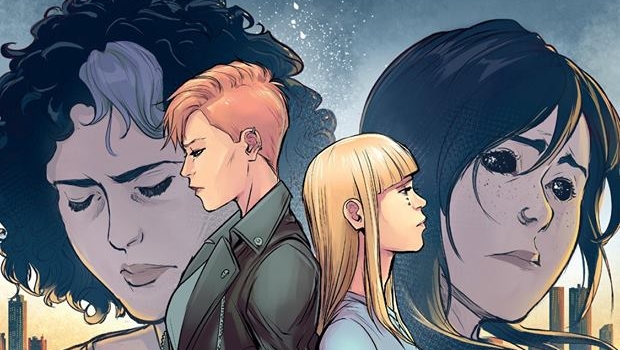 Destiny, NY is back for Volume Three!

After the successful Kickstarter campaigns of Destiny, NY Volume One and Volume Two, Team Shand is bringing back the epic love story of Logan and Lilith for a huge, 200-page third volume.

The first two volumes introduced the story of former magical girl Logan McBride and her mysterious girlfriend, Lilith Aberdine. Where we left them and their gang of friends, Logan and Lilith were forced apart by fate, leaving Lilith to deal with her old demons in New York, while Logan copes with her own problems in California.

Things are a bit different this time around. “You’ve all been amazingly loyal readers… so we figured why not give you TWO ENTIRE VOLUMES IN ONE BOOK for our third installment?”

Destiny, NY Volume Three will have two main features, each as long as a full graphic novel. These stories take place at the same time and overlap in ways both beautiful and tragic.

ACT ONE WILL FOLLOW LILITH IN NEW YORK CITY, AS SHE DEALS WITH THE DANGER AND DRAMA LEFT BEHIND BY HER FAMILY… WHO WERE BASICALLY THE MYSTICAL MOB.

Act One is illustrated by the brilliant Elisa Romboli. Check out some pages here. You’ll see all of the familiar Destiny, NY characters in this first feature.

Act Two is illustrated by the incredible Carola Borelli. Check out some pages here. This feature will include returning favorites as well as brand new characters who you’ll love every bit as much as Logan, Lilith, and the gang.

Every volume of Destiny, NY ends with a chapter of bonus stories by guest creators that shed new light on our supporting character. This time, we’re featuring…

But that’s not it. We have four more bonus stories ready to be added to the book as Stretch Goals! Take a look down below at what we’re going to add, including stories by the amazing artist Skylar Partridge, Charmed superstar writer Paul Ruditis, wily scribe Jeff Massey, original Destiny, NY artist Manuel Preitano, Star-Crossed creator Mandy Robertson, and more including Iolanda Zanfardino, Valentina Pinti, and more surprises!