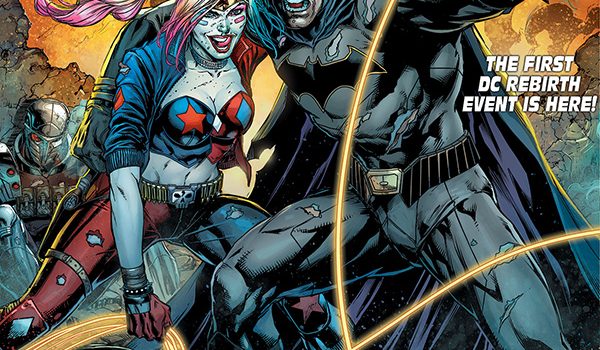 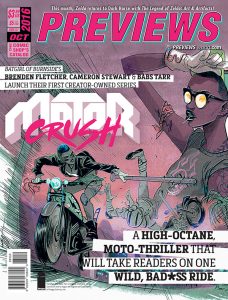 Prose to Panel — Comics have long looked to novels for inspiration, and this month PREVIEWS shines a light on the books that have made the leap from the printed word to the four-color page.

On The Flip Side — As part of “Prose to Panel” Month, PREVIEWS talks to IDW Publishing’s Senior Books Editor Justin Eisinger about their prose adaptations, including Darwyn Cooke’s Richard Stark’s Parker graphic novels, and their illustrated novels such as Ben Templesmith’s Dracula and Michael Kaluta’s A Princess of Mars. 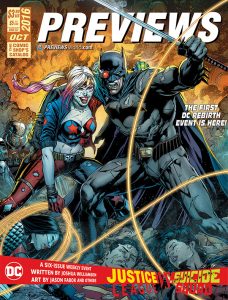 catBUZZ — PREVIEWS takes a look at some of the blockbuster books and products coming this December, including a long-feared reckoning for the mutants in Marvel Comics’ IVX from Charles Soule, Jeff Lemire, and Leinil Francis Yu. Plus, Dark Horse Comics looks at the rich artistic legacy of Nintendo’s Legend of Zelda series in The Legend of Zelda: Art & Artifacts, Keiron Gillen returns to his alternate World War II in Avatar Press’ Uber: Invasion, Reggie Mantle stars in an ongoing series in Archie Comics, Reggie & Me, Eaglemoss Collections launches a new figurine line with the Alien & Predator Figure Collection, and many more products you have to look forward to this winter.

PREVIEWS Exclusive Apparel — Each month PREVIEWS offers comic book fans and pop culture aficionados a selection of t-shirts and other apparel that can only be found in your local comic shop! The cast of Adventure Time has an anime style on the Adventure Time: Boom Anime White T-Shirt, three of Marvel’s most popular female characters stand tall on the Marvel Heroes: Lady Arañas White T-Shirt, the Doctor has the band back together on the Doctor Who: 4 Doctors Band Black T-Shirt, and many other products that you can find only through PREVIEWS.

Indie Edge — PREVIEWS talks to Adam Glass, the writer and executive producer of Supernatural, Cold Case, and Criminal Minds: Beyond Borders about his work in television and comics, including Aftershock Comics’ Rough Riders.

All this awaits you in the October edition of PREVIEWS, which goes on sale at your local comic shop or specialty store on Wednesday, September 28th with the cover price of just $3.99.

ABOUT DIAMOND COMIC DISTRIBUTORS (DCD) — Diamond is at the nexus of comics and pop culture merchandise. Based in Baltimore, MD, DCD is the world’s largest distributor of English-language comic books and pop-culture related merchandise, servicing more than 4,000 specialty retailers worldwide. For more information, visit Diamond on the web at www.diamondcomics.com.