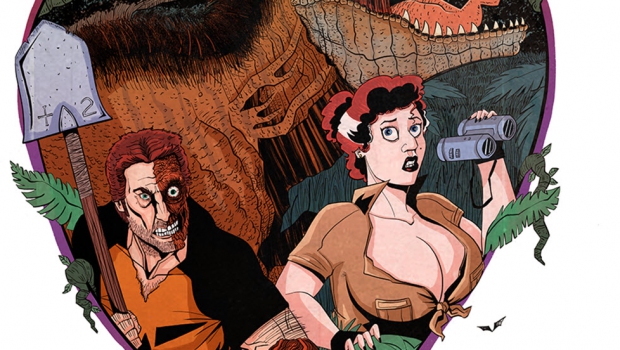 Dino’s Meet Halloween Man! Can we do it? You bet Jurassican!