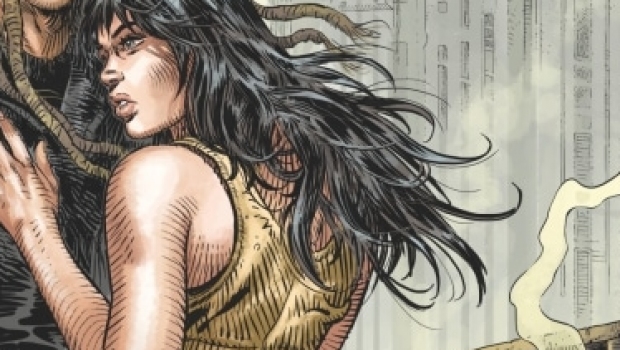 As Heavy Metal tells us: Druuna, the sexy post-apocalyptic brainchild of Paolo Eleuteri Serpieri, was first published in the 1985 graphic novel Morbus Gravis, which appeared in an English translation in the Summer 1986 issue of Heavy Metal. Druuna’s arrival was perhaps the most enthusiastically-received of any character’s in this magazine’s history — people went kinda nuts over her, and fan mail poured in. Of course, some people wrote in to voice their dislike for Druuna, and when she appeared in the magazine for a second time (Spring 1988), Canadian officials confiscated the issue at the border, claiming a violation of some crummy law. But that’s another story.

And so it went with Druuna — through the 90’s and into the aughts, the titular character of this titillating series has graced the pages of our magazine, delighting of her many fans and drawing plenty of criticism as well. Druuna’s curves and adventures have built a loyal fanbase; Serpieri’s work is appreciated both aesthetically, with regards to his great attention to detail, and erotically, due to the nature of those details. The series was so popular, in part thanks to Heavy Metal’s English translations, it even inspired a spin-off video game, and the publication of sketchbooks by Serpieri, the Venetian “Master of the Ass.” Druuna was last seen in Heavy Metal in our November 2003 issue, in the episode Clone. Serpieri, who turns 78 at the end of this month, went on to publish another Druuna volume in 2016, called Anima.

But that wasn’t to be the last of her. Fans take note: Druuna is back.

Part one of Druuna: Au Commencement is Espoirs (“Hope”); according to the Glénat website it will be published (in French) on February 16, 2022. Whether this trilogy will be published in an English translation remains to be seen.

Here are some preview pages that Glénat published online: 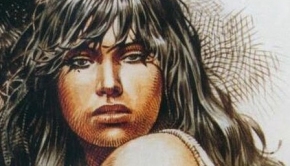 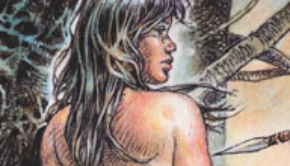 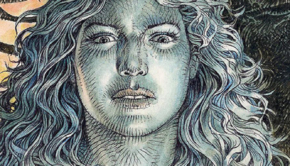