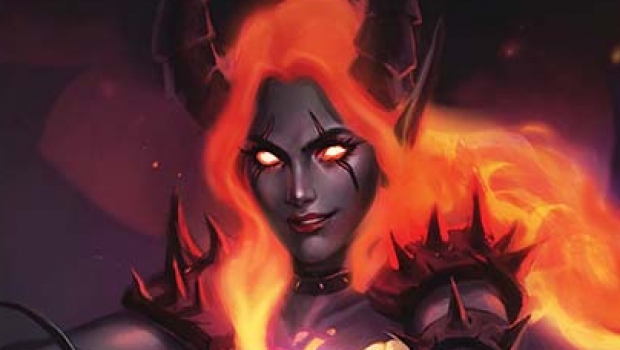 Dynamite Entertainment teased a number of 2022 launches, during its Diamond Retailer Summit presentation.

The three new comic launches are:

Then there will be the Sonjaversal-spinoff Hell Sonja, written by Christopher Hastings, with art by Pasquale Qualano, which will also launch in January.

Preview: The Best Of Pantha: The Warren Stories HC →